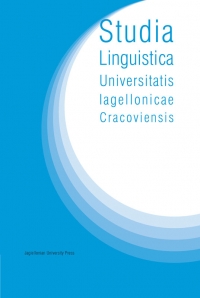 Summary/Abstract: There is a sizeable group of words in Turkish whose ultimate origin is known to be Arabic but whose direct donor language is unclear. The paper analyses 69 such words, and compares the phonetic adaptations present in them, to those attested in Arabisms as well as to those found in Farsisms, in order to determine the probability of them belonging to one group or the other. The results are compared to the opinions of the main etymological dictionaries of Turkish, splitting them into two camps.