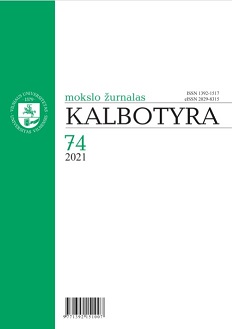 Summary/Abstract: Since the end of the 1990s, research on discursive ethos – the image of the speaker which is projected by his or her utterance – has been very active in discourse analysis. It contributes to a better understanding of how an enunciation can attract the support of addressees. But in general, this research 1) focuses on isolated texts or individual speakers, not on discursive formations, 2) does not take into account the lexicon when it does not have clear ideological content. On the contrary, this article deals with the role played by some French polysemous adjectives (simple, doux, clair) to make the incorporation (Maingueneau 1999) of readers or listeners possible, to make them adhere to the universe of meaning that is proposed to them. This point of view is first illustrated by the study of an advertising text, before being applied to large discursive formations: a religious movement (“devout humanism”) of the first half of the 17th century; and, in the political field, two antagonistic positions in France under the French Third Republic (1870–1940): the handbooks of Republican School and the monarchist movement “l’Action Française”. We are led to conclude that adjectives, by their polysemy, “saturate discourse.” Through ethos, discourse does not only persuade by the ideas it delivers: it also sets the addressee in a speech scene that partakes of the semantic characteristics of the ideological universe that discourse aims to promote.