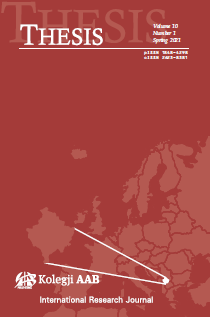 Summary/Abstract: The question of how to conduct oneself in the world is arguably as old as mankind itself. Ancient Greek philosophy, namely the sophists, identified a problem which shaped the world since it was first articulated – the negotiation of internal truth and external application. While neither can truly guide one’s way – epistemological relativism and ethical utilitarianism await at the extrema – dialogue of all kinds seems to be a way to prevent the drift and shift towards these extremes. After having framed the philosophical problem, this paper will exemplarily examine Germany’s concept of Bildung with regard to these extremes. The analysis will focus on the end of the 19th century (fin-desiècle) as this has been the phase of Bildung which can, at least in part, be held accountable for the horrors of the 20th century. Bildung was and still is a central aspect of German culture and has been the matter of analysis and discussion ever since. One of the most potent criticisms has been uttered by Theodor W. Adorno who analyzed Bildung after the Second World War and exemplarily outlined traits of fascist societies. However, Adorno was also influenced by the zeitgeist and did not grasp the problem at the deepest possible level of analysis. Based on but not limited to the intellectual accounts of Theodor W. Adorno, it will be tried to identify commonalities among totalitarian systems and reconnect these with the aforementioned philosophical problem of ethical utilitarianism and epistemological relativism.