Search results for: Frontiers of Nowhere in Series Title 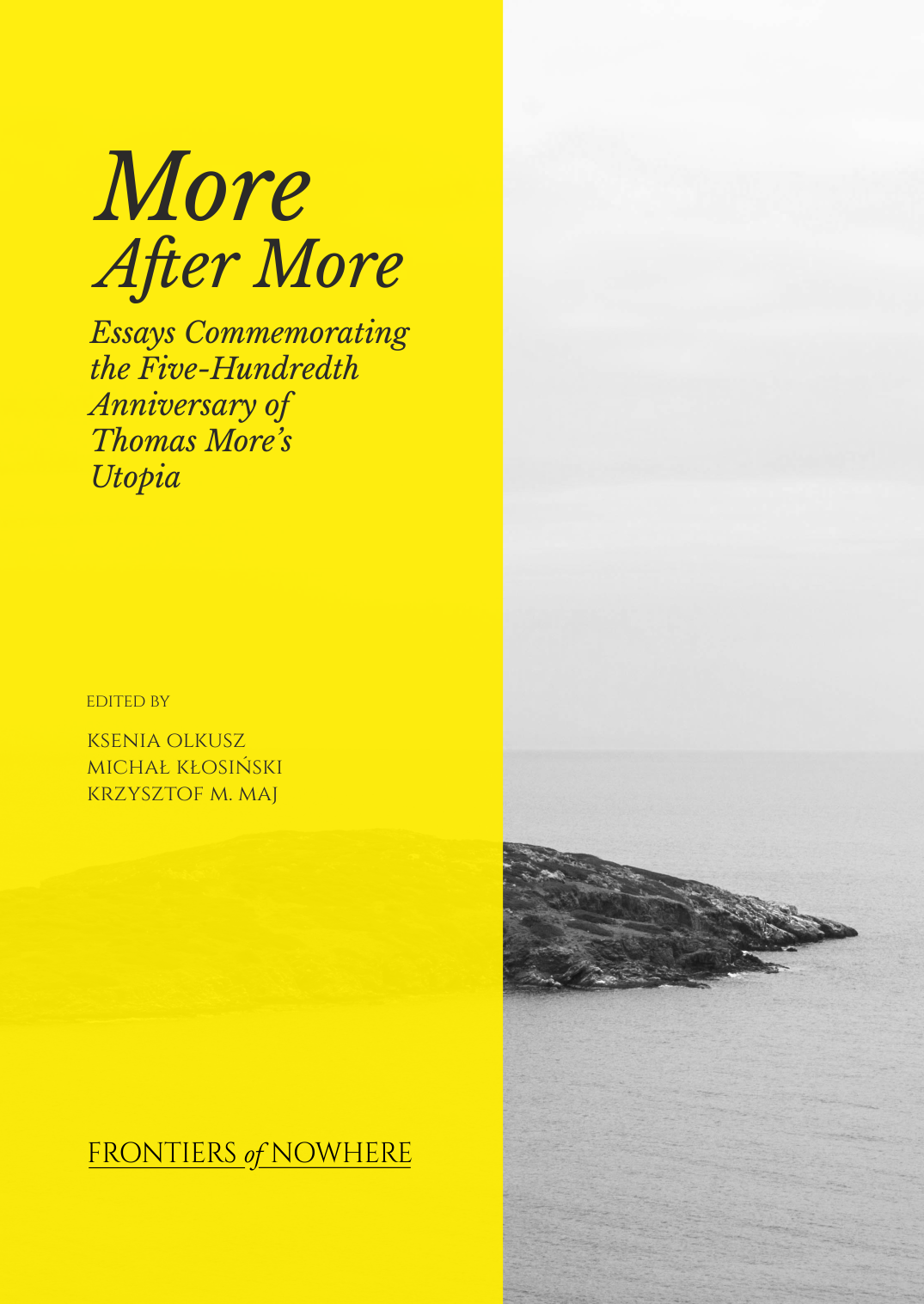 The book "More Afer More. Essays Commemorating the Five-Hundredth Anniversary of Thomas More’s Utopia" is the ﬁrst volume of Facta Ficta Research Centre’s in Kraków series "Frontiers of Nowhere", published in co-operation with Villa Decius Association as a part of the world-wide research initiative Utopia 500 to celebrate ﬁve hundred years since the publication of sir Thomas More’s De Optimo Reipublicæ Statu Deque Nova Insula Utopia Libellus Vere Aureus, Nec Minus Salutaris Quam Festivus in 1516. From the introduction by Gregory Claeys: The twenty-six essays which compose this collection cover a substantial range of both historical and theoretical themes, indicating at the least that the utopian idea thrives today across a number of disciplines as well as in domains (like computer games) which are themselves of recent origin and which indicate that utopia can also be addressed as an aspect of the internal psychic fantasy world. There is some consideration here of the lengthy and complex historical relationship between utopian ideals and religion. There is some eﬀort to reconsider practical eﬀorts to found actual communities which embody utopian ideals. Several authors revisit the emotional substrata of utopian aspiration rendered accessible through music in particular. Literature is here nonetheless the chief focus, in keeping with the form of Thomas More’s original text and that of the tradition which has imitated and satirised it. The themes represented here mirror in literary form the dystopian dri in the external world discussed above. Many of the leading authors of post-totalitarian dystopian ﬁction are included here, notably (to name but a few) Margaret Atwood, James Graham Ballard, Robert A. Heinlein, David Foster Wallace and, most recently, Michel Houellebecq. Within these treatments, the possibilities are explored that dystopia may emerge from or assume the form of racist regimes, environmental destruction, corporate dictatorship, or religious fundamentalism, or some combination of these factors. Such poten-tial outcomes of modernity need, the authors of this volume also assure us, to be balanced against the utopian promise which bodily remodelling entertains, and the possibility of longevity which scientiﬁc and technical advances enca-psulate as the epitome of modern individualist utopianism.