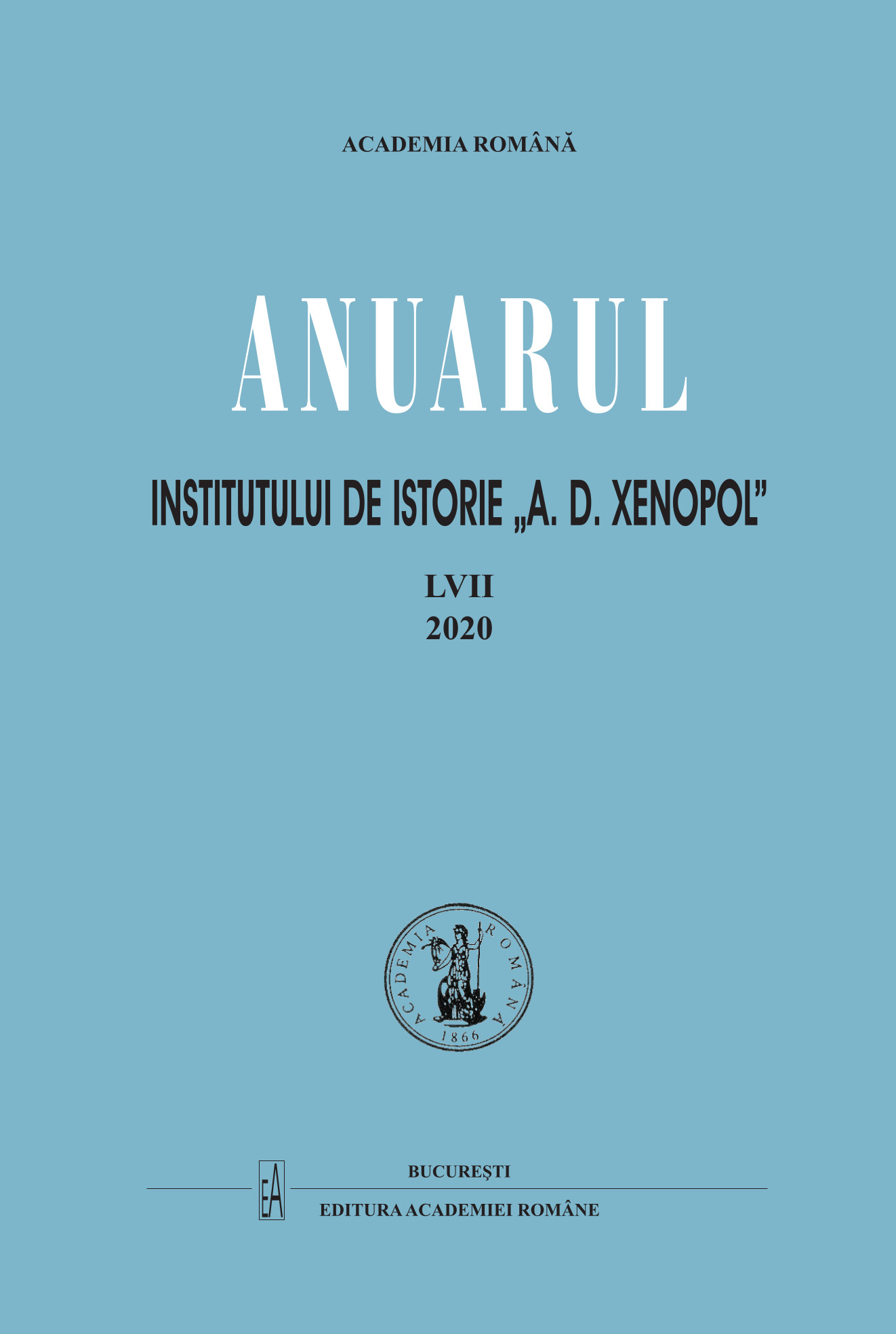 "Omul acesta a fost o lumină"
"THIS MAN WAS LIGHT"

Summary/Abstract: The author of the first comprehensive synthesis of Romanians’ history and of the first historical theory treatise died almost entirely forgotten on February 27, 1920, in Bucharest. The prophet of the complete Union – who had tirelessly militated along half a century for restoring the national “tree” – assisted, in isolation and sickness, but not passively, to the political and cultural effervescence having led to the conclusion of the Union. National funerals were organised, praising speeches were uttered, but all of it was soon followed by an oblivion of Xenopol; his name would subsequently be uttered far too rarely, only on commemorative occasions. Several studies focusing on the philosopher and economist, a couple of circumstantial evocations, a bust in Arad, where a part of his library would be sent (per his wish), and a statue of Iași make up – for the most part – his public presence in posterity. However, there is yet another presence of Xenopol: one active, fertile, ensured by the permanent reference to his work, which represents – according to his student and emulus N. Iorga –“one of the greatest efforts of the Romanian spirit applied to science”. Such a work – equally valued abroad – could only be stimulated by a great love for the country (to which service he dedicated his entire life) and by an enthusiastic thrive for knowledge.