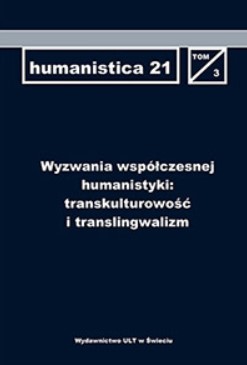 Summary/Abstract: The article deals with the elements of "foreign language" (foreign words borrowed from the Russian language) in the character's speech of spoken language, in the language of folk songs, satirical works, in fiction, describes the specifics of the use of barbarisms, borrowed words, jargons. In this regard, the following issues are covered: - the types of "foreign words" are defined, such as: barbarism, borrowed words, jargons. - the analysis of the above-mentioned linguistic elements are carried out in accordance with the direction of the research which were selected from the texts of folk songs, feuilletons, humorous poems, poetic and prose works of the outstanding Kazakh poet, writer, playwright, satirist I. Zhansugurov. - since ancient times, the Kazakh people were closely connected with the Russian nation in the economic, social, cultural and political spheres, therefore, the article describes the features of using Russian words and foreign language elements borrowed through the Russian language. -function of barbarisms. Pronunciation of words, separate words, combinations with the changed morphemic and syntactic structure are considered as barbarisms. - Barbarisms are actively used in spoken language. The authors prove the fact that the reason for this is daily communication with representatives of other ethnic groups. - In the language of folk songs foreign language elements are used for humor, ridicule, satire. - In the text of a satirical work, the elements of a" foreign language", especially in the character's speech are the basis for determining its behavior, temperament, worldview, degree of professionalism and speech etiquette. - The role of borrowed words in an artwork. Borrowing increases the lexical richness of the language serves as a source of new roots, other word-formation elements and terms, expands and nuances the nomenclature of concepts used in different areas of society. The process of borrowing is organic to the language, a natural form of language contact and a source of language change. - The role and importance of foreign language elements in the language of the character is determined. The author's speech and the speech of the characters are distinguished in an artwork. The author's language is a story about phenomena, events, characters, actions of characters, it has an assessment of people, facts. The language of the characters is a means of individualization. It is caused by age, education, profession, mood, temperament, culture of the hero.