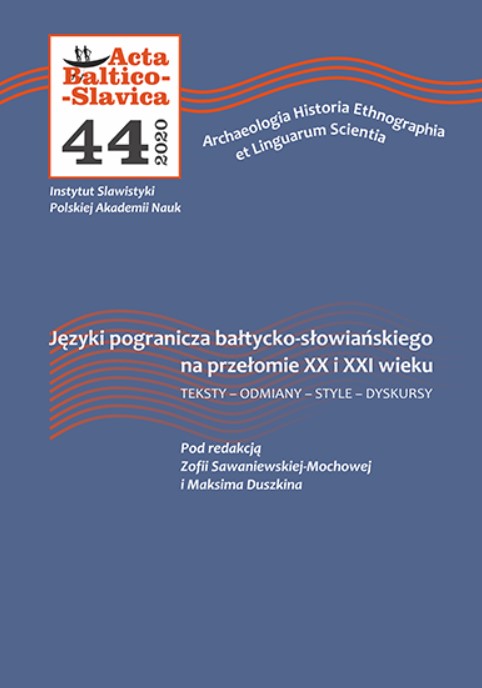 Summary/Abstract: The diary written by student Witold Cywiński (1887–1910) (or Vytautas Civinskis, as he later signed his work with the Lithuanian version of his name) is a unique multilingual egodocument, now held at the Vilnius University Library and the Wróblewski Library of the Lithuanian Academy of Sciences. Written in Polish, Lithuanian and Russian (with additions in other languages) over the period of six years, it shows the evolution of his linguistic repertoire. Along with the attached letters received by the author and drafts of his own letters, it also reflects his sociolinguistic milieu. Borderland Polish used in the diary represents the sociolect of Polish nobility living on the territory of contemporary Lithuania in the early twentieth century, with cases of local lexis and loanwords from Lithuanian and Russian. The passages written in Lithuanian display features of a local variation of the Aukštaitian (High Lithuanian) dialect, and at the same time are a chronicle of the author’s self-study of the new language. Examples of code-switching observed in his diary lead to some interesting psycholinguistic conclusions, including the possibility that the author intentionally used a “montage” of different languages in pursuit of the expressive and poetic functions of the text.