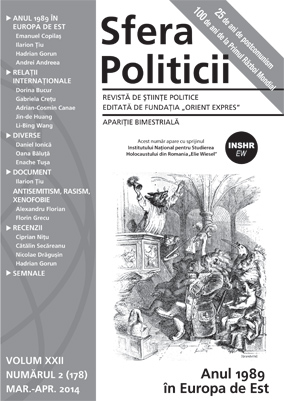 Summary/Abstract: This short analysis tries to emphasize Ronald Reagan’s role to the collapse of Communist system in Central and Eastern Europe. During his first years as president, he took a hard line against Soviet Union. He described this superpower as „Evil Empire’’, suporting all anti-Communist movements from all over the world. Since 1985, a new era of American-Soviet relations has just begun. Reagan and Gorbachev held four summit conferences between 1985 and 1988: the first in Geneva, Switzerland, the second in Reykjavík, Iceland, the third in Washington, D.C., and the fourth in Moscow. Reagan believed that if he could persuade the Soviets to allow for more democracy and free speech, this would lead to the end of the Cold War and to the end of the Communist system.