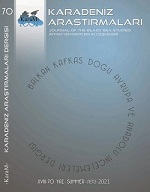 Summary/Abstract: Turks have been living one with nature for centuries. Therefore, it is inevitable that they have gotten to know and observe all whom they share it with. Animals are at the forefront of that. Turks have domesticated many an animal species according to their geographical location, and have benefited from their many products. In doing so, they’ve developed a very rich vocabulary around animals. This is especially the case when it comes to bees and beekeeping in Old Turkish. One particularly interesting example of this “bey,” a masculine word used to to refer to the queen bee – the keeper of the hive - both in written Turkish and in most Turkic dialects. Why this is important is because the “bey” also sat at the top of the old Turkic administrative hierarchy – he made all decisions on behalf of the hive, planned for the future, and even dictated when to migrate. Likewise, you also have tradition of giving sons away from the so-called hive – i.e. marry them off – to increase the population. Doing this constituted being given a tend/yurt. Another interesting feature is how the old Turks referred to worker bees as “asker” or “soldier(s).” Akin to real soldiers, they protect the hive from wasps and other insects. The expression “gabra kaldirmak” -- similar to the Modern Turkish “kazan kaldirmak” (lit: to flip the caldron”) refers to when bees periodically rebel, dissatisfied by the “bey”’s rule. Drawing from these examples and others, this study will focus on examining the cultural roots beekeeping lexicon in Turkish.