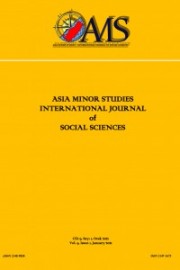 Summary/Abstract: The work of Ferididdün Attar, who has an important place in the cultural life of Turks and the development of mystical wisdom, has been read with appreciation in the world literature as well as in Turkish literature and has been translated into many languages including Turkish. Today, the abundance of studies on this work, as well as translations from Persian original to Turkish, are still being made; It reveals that the information and moral understanding in this famous work is immortal even today. We loved and adopted this work so much that we have created a literary genre named after this work in our literature and wrote works that emulate it. The Pendname, a verse work written to advise people to be a better person, aimed to make both the masses of the people and those who govern the state morally mature and virtuous. For centuries pendname by our wise men; It has been translated, by adding some advice from them, that is, by expanding it, it has been transformed into a form that shows copyright-translation feature or has been annotated for better understanding. This work has brought very important works to our translation, copyright-translation and commentary literature. In the commentaries written for a better understanding of the Pendname, the differences of the udeban's own temperaments, understandings, beliefs and point of view on life are reflected in his works. In time, these annotations started to be known as a copyrighted work independent from the original book. In this study, the pendname annotation of Abdurahman Abdî Pasha and İsmail Hakkı Bursevî's pendname commentary will be compared. It will be tried to reveal the similar aspects and differences of the two commentaries.