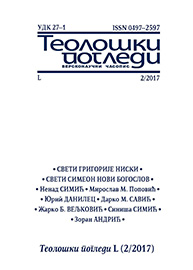 Summary/Abstract: Saint Teresa of Avila or Teresa of Jesus (1515–1582) is considered as one of the most important Counter-Reformation saints; she actively promoted the mystical prayer, reformed the Carmelite order and wrote mystical works. Challenges that Teresa faced in 16th century Spain shaped her and her message, and the way in which it was expressed. She had to defend the legitimacy of her mystical experiences, and her plan for the reform of the Carmelites. Teresa began to take upon herself the defense of women generally, fighting for their larger and more prominent role within the Christian tradition. She was proclaimed as co-patron of Spain in 1617, and doctor ecclesiae in 1970.