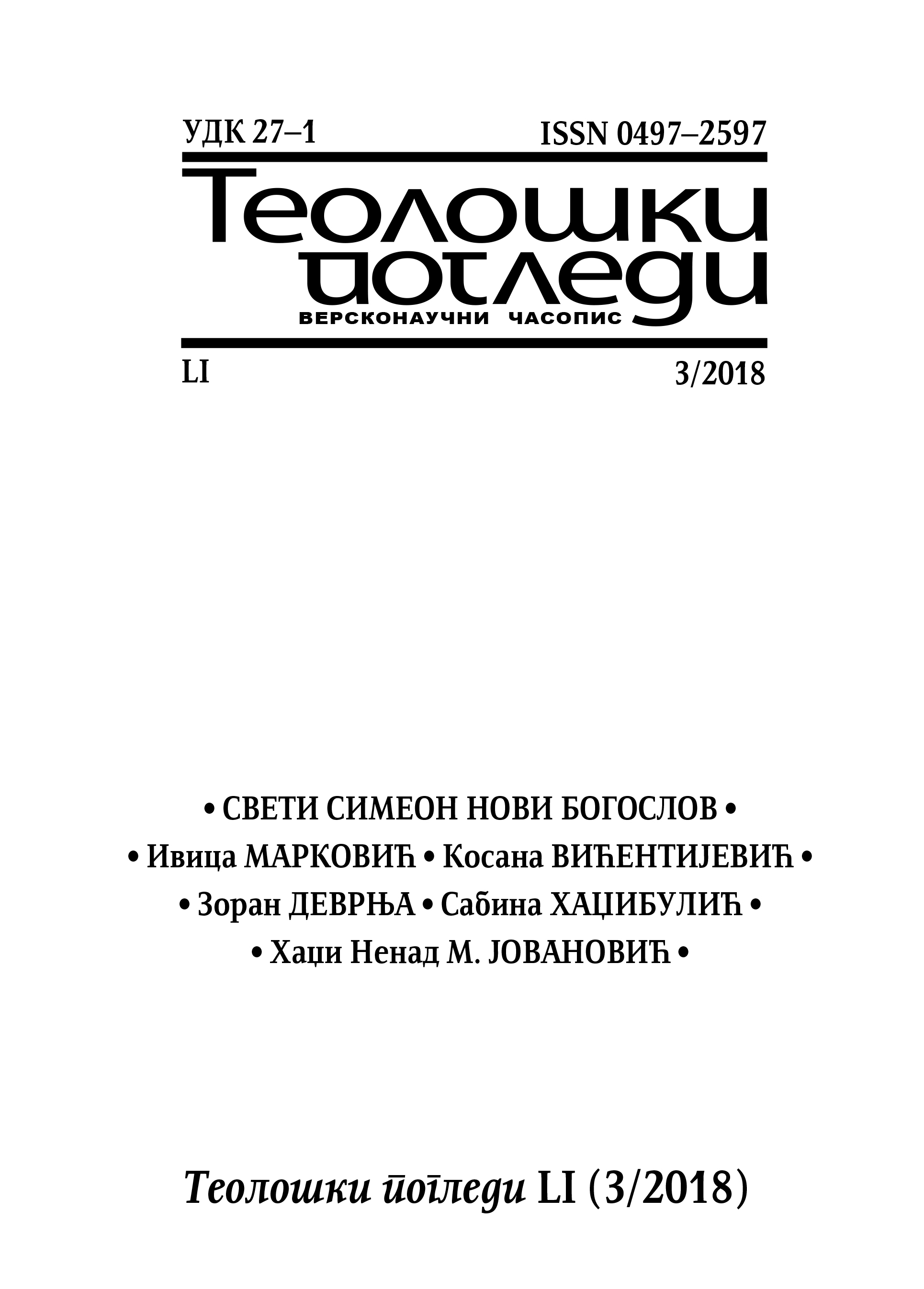 Summary/Abstract: The paper deals with the study of genesis and the development of a specific philosophy based on patristic theology and aesthetics. Although this chapter of Russian culture is fairly written, the author thinks that a modern review is needed which will further confirm and outline the original lines of this school of thought. In order to define the concept and subject of visual art aesthetics in a specific time- historical context, it is necessary to point to the sources of inspiration on the basis of which Russian aesthetics developed their own system. These influences were more: from ancient, essentially pagan, philosophical cosmology, through Orthodox patristics, to the influence of German romanticism in culture and idealism in philosophy. As a result of these assumptions, a unique concept of the content of creature and figurative of the form – which is concerned with the philosophy of nature (cosmology) and philosophy of art (aesthetics) – has been formed – defining a Russian, religiously oriented, speculative thought to unite these themes. The author concludes that both are treated as ontological in Russian interpretation, and take on specific forms of a comprehensive gnoseology: “total- unity” and sophiology in the field of cosmology, as well as iconology and symbolism in the field of aesthetics.