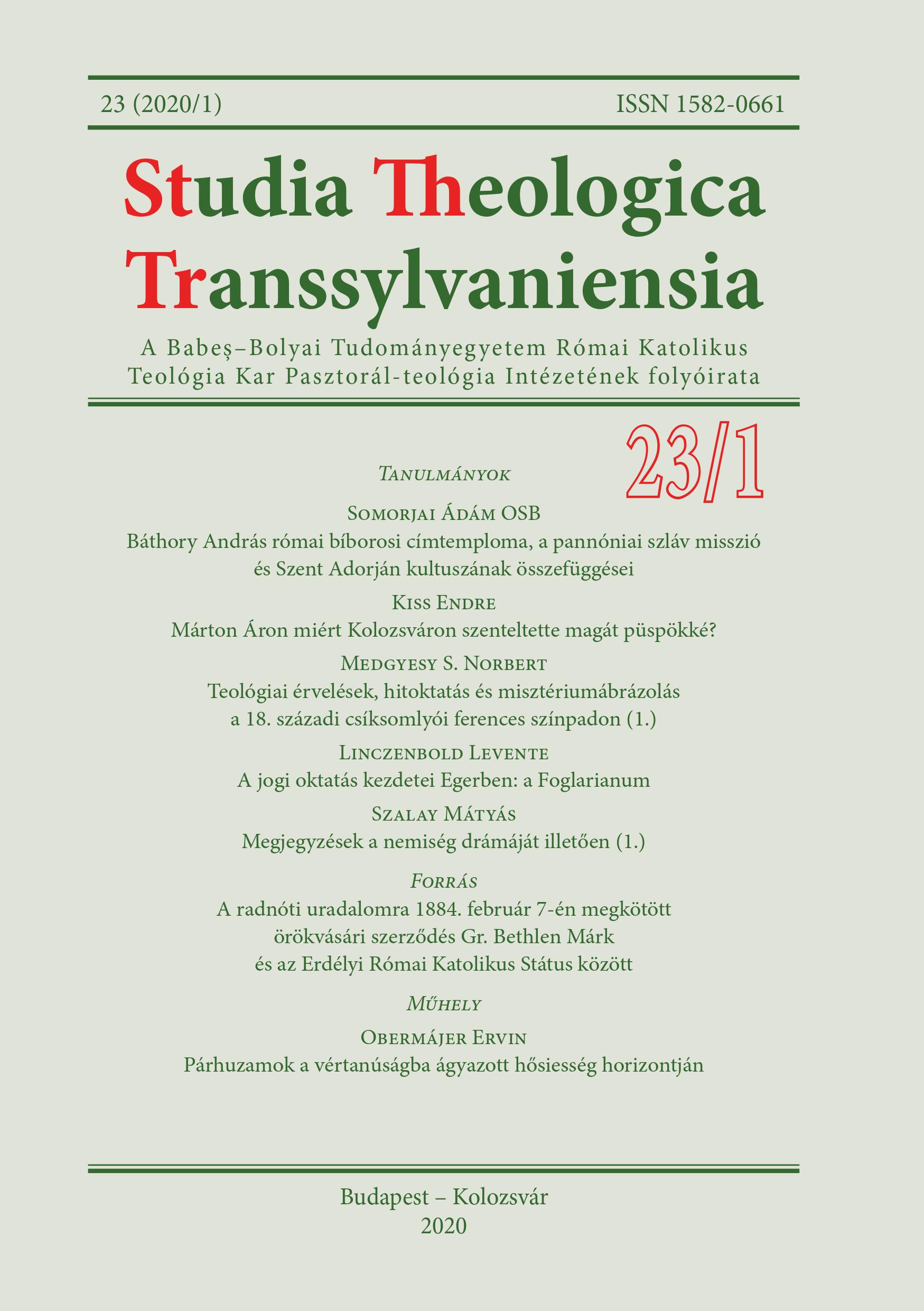 Summary/Abstract: In the grammar school of Csíksomlyó (Șumuleu Ciuc), a Franciscan site of Marian pilgrimage in Transylvania, 104 school plays were produced by the pupils between 1721 and 1786. These were predominantly mysteries in the vernacular: Good-Friday Passions, Judgement-Day Dramas and the odd play for Corpus Christi Day or the Assumption. This annual tradition of education as well as pastoral care preserved the characteristics of mediaeval West European mysteries for the longest time and in the farthest geographical location. This paper addresses the question of how these mysteries presented theological or dogmatic facts as staged Poor Man’s Bibles, that is, theatrical catechesis. The first part examines the 106 types of New Testament scenes and their 71 Old Testament antitypes. The following Roman Catholic dogmas were staged in Csíksomlyó: the Trinity; the Creation of the World; the Fall of the Devils; the Fall of Humanity; the Incarnation of the Christ (the so-called Heavenly Trial, Proces de Paradis); the Immaculate Conception, Virginity, Assumption, and Intercession of the Virgin Mary (Maria Advocata); the doctrine of the Eucharist. The theological teachings were cast in the form of human and allegorical figures and presented by the grammar-school students to a numerous and predominantly illiterate audience on a three-level stage, in mother-tongue performances of illustrative verse, in a style adequately sacred as well as easy to comprehend.