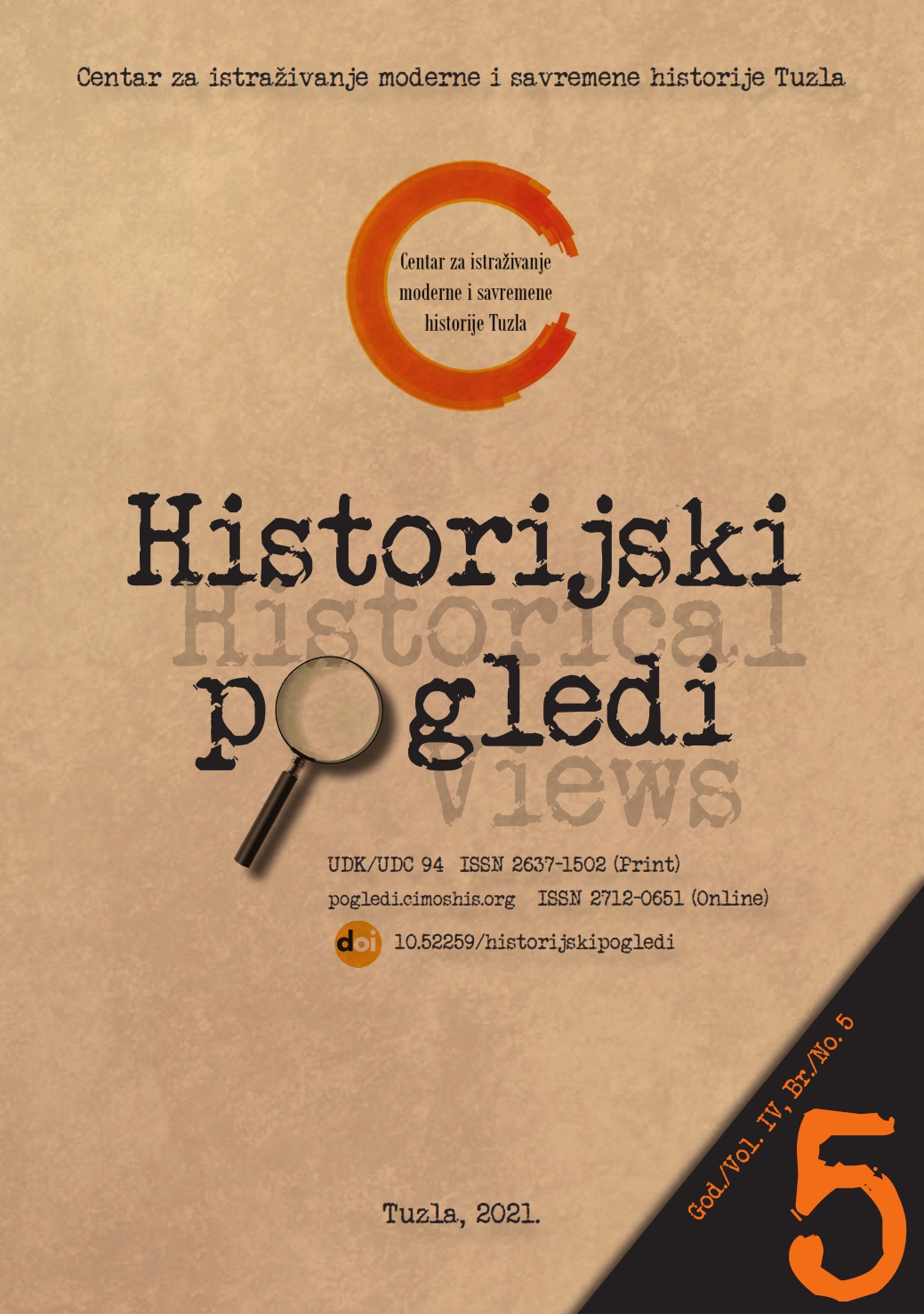 DRUŠTVENI I STRANAČKI RASCJEPI U BOSNI I HERCEGOVINI POSLIJE IZBORA 1990. GODINE
SOCIAL AND POLITICAL DIVISIONS IN BOSNIA AND HERZEGOVINA AFTER THE 1990 ELECTIONS

Summary/Abstract: Bosnia and Herzegovina represents a very suitable experimental space for the analysis of integrative policy in the conditions, war and long-lasting crisis, of a devastated society which, due to the challenges of history, is deeply divided. In such a space, applying the analytical model designed and used by Seymour Lipset and Stein Rokan, the paper deals with the detection of social divisions that underlie party preferences in the 1990 elections for the Assembly of the Socialist Republic of Bosnia and Herzegovina. Analyzes of pre-election and post-election activities of political entities show the existence of an important link between ethno-confessional characteristics and attitudes on political issues and party preferences, which in accordance with the used theoretical model creates preconditions for talking about social divisions that have turned into party divisions. It can be determined that they are bh. political parties formed, with all their specifics, on the basic lines of Bosnia and Herzegovina social divisions.In the analysis of the relationship between social and political space and the influence of the structure of society on political relations and divisions, it is possible to determine that party divisions and divisions, their segmentation and polarization are conditioned, above all, by the depth and dynamics of fundamental Bosnia and Herzegovina social divisions. The divisions that emerged in the pre-election period of 1990 (we can conditionally define them as divisions communism vs anti-communism) were pushed into the background in the first post-election year and priority was given to the split that S. Lipset and S. Rokan defined as the center-periphery split. (or the territorial-cultural split as, after adaptation, Professor Nenad Zakošek called it). The second part of the paper presents an overview of the most important political parties in the 1990 elections and continues to examine the applicability of S. Lipset and S. Rokan's theory of turning social divisions into party divisions, this time in the first year of ethno-confessional parties in Bosnia and Herzegovina. Analyzing the basic lines of historical ethnic and confessional divisions in Bosnia and Herzegovina society and in the sphere of political (sub) system through indicators such as: predominant (ethnic, confessional, linguistic, cultural and regional) identifications, the relationship between ethno-confessional and civil, the relationship to the rights and freedoms guaranteed in Bosnia and Herzegovina. According to the Constitution, the attitude towards different solutions to the state question (remaining in the common state of Yugoslavia vs. the independent Republic of Bosnia and Herzegovina) tested the hypothesis that historical lines of ethno-confessional splits represent the basic determinant of political goals. It can be seen that the territorial-cultural divide (primarily in the form of center-periphery conflict) is actually a kind of complete split, given that it is a split that involves conflict between stable social groups (residents of the center and periphery but also members of different ethnic and confessional communities). In the Bosnia and Herzegovina case, these are (ethnic and confessional) communities that have different views on the most important issues of the social organization of the common state, which results in open conflict on the political scene in the form of voting for different political options, which can be transformed by ethnopolitical elites. (very easily) into various forms of violence against others and different in the territory that is under their political (and police) control.

FENOMEN APSTINENCIJE U DEMOKRATSKIM IZBORIMA S OSVRTOM NA OPĆE IZBORE U BOSNI I HERCEGOVINI PHENOMENON OF ABSTINENCE IN DEMOCRATIC ELECTIONS WITH REFERENCE TO THE GENERAL ELECTIONS IN BOSNIA AND HERZEGOVINA 2020 IZBORI U BOSNI I HERCEGOVINI ZA KONSTITUANTU KRALJEVINE SRBA, HRVATA I SLOVENACA I PRETVARANJE DRUŠTVENIH RASCJEPA U POLITIČKE PODJELE ELECTIONS IN BOSNIA AND HERZEGOVINA FOR THE CONSTITUTION ASSEMBLY OF THE KINGDOMS OF SERBS, CROATS AND SLOVENES AND THE TRANSFORMATION OF SOCIAL SPLITS INTO POLITICAL DIVISIONS 2020
2022 © CEEOL. ALL Rights Reserved. Privacy Policy | Terms & Conditions of use
ICB - InterConsult Bulgaria core ver.2.01115