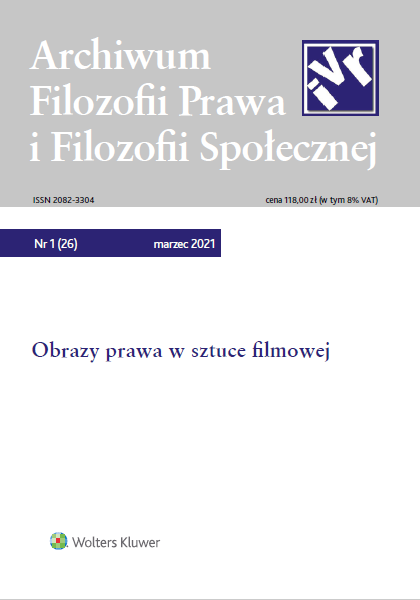 Summary/Abstract: Leviathan by Andrey Zvyagintsev is a movie that depicts the world in a state of nature, with no prospects for creating a Hobbesian social contract. Set in the Russian peripheries, the film depicts a respected and caring family man who is gradually deprived of everything because of lack of political order with enforceable law and justice. The movie is a depiction of a contemporary “failed state”, equalized with the state of nature, where there is no legitimate power and violence remains the only tool to achieve goals both in private and public spheres. Religion consists of empty rituals that serve corrupt officials to maintain power. This world cannot last without innocent victims, scapegoats of the society, one of whom is the protagonist of the movie. This paper offers a legal and philosophical inquiry into the film, as it draws especially on the theory of the social contract proposed by Hobbes. It depicts a Russian town as a symbol of the state of nature as envisioned by Hobbes and describes the reasons why the social contract has not been made. According to Hobbes’s theory, in the state of nature concepts like justice and injustice do not convey any meaning; therefore, this paper investigates other: theological and anthropological concepts, to explore the meaning of Zvyagintsev’s Leviathan.