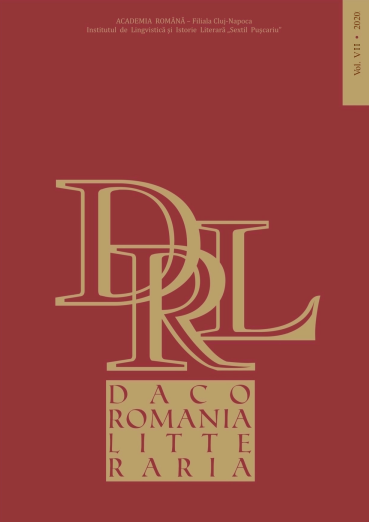 Summary/Abstract: This paper aims to survey some of the key elements of the socialist realist novel and to explain why it is, in fact, an umbrella term for more subgenres, seeking uniformity only in its desire to connect literature with a more or less coherent ideological programme. More, or rather, less coherent because, in spite of the theses formulated in literary historiography according to which socialist realism represents the brutal standardization of creative principles, many recent studies have shown that this standardization was primarily accomplished “along the way”, through various mechanisms of verification and critique and in accordance with often changeable strategies. In the following, I propose a classification of the Romanian socialist realist novel based on the analysis of the “archive”, into: the industrial novel, the rural novel, novels for children and the youth, the historical and adventure novel, the war novel and the fantasy/SF novel. Besides these, there are also some sentimental, autobiographical or social fresco novels but, since their production was limited, I will discuss them very succinctly. In short, this is the landscape of the Romanian socialist realist novel between 1948 and 1955, beyond its general roman à thèse label.