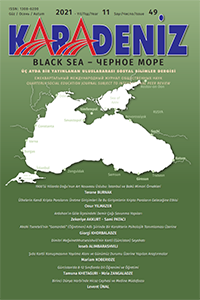 Summary/Abstract: There were no censuses in the Ottoman Empire until the 19th century with the exception of some records; . During the reign of Mahmud II (1808-1839); it was necessary to create financial resources both for the implementation of the planned reforms and for the creation of the necessary modern army. For this reason; first of all; it was necessary to determine the current income sources in the country in a "complete" manner and at the same time to determine the population that could be recruited into the army. The empire began a census for this purpose in 1830; covering only the male population. The Muslim and non-Muslim male population living in the country was recorded by the people in charge of the census.In this study; the general information about the censuses and censuses made in the Ottoman Empire was giveb; and the importance of the population registers in the Ottoman historiography was tried to be explained from the example of the census made in the Elmalı District of Teke Region in 1831. Since the districts; villages and the population living in the administrative unit are registered in these censuses; their age; occupation; nicknames; physical disabilities; etc. are written with an indication of the problems. Thus; the notebooks provide very valuable data for determining the number of the population -male- living in a village; in the county; the average age; common occupations; business lines and thus the socio-economic history of the Ottoman Empire. Moreover; the names of villages and neighborhoods and the change of these names over time can be followed; which is valuable data in terms of administrative history. In this study; this change was tried to be demonstrated through the example notebook.