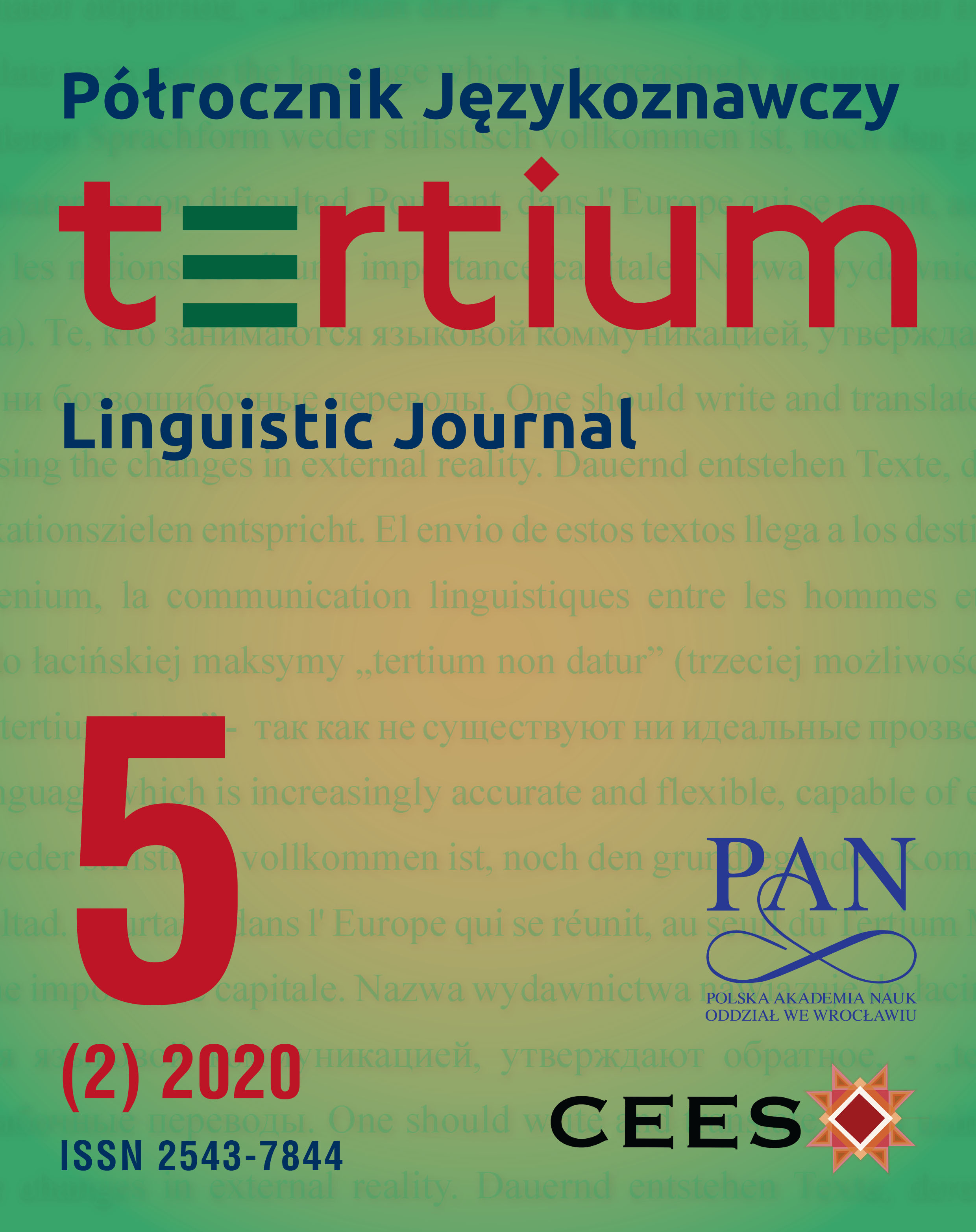 Summary/Abstract: This paper explores a Russian translation of Lewis Carroll’s Alice’s Adventures in Wonderland made by Vladimir Nabokov in 1923. A significant aspect of its emergence relates to the fact that the target text was created when the writer and many other representatives of the Russian intelligentsia were living in exile. The starting point for the article is the hypothesis that Nabokov’s version is an adaptation. The aim of the paper is to show how adaptive procedures influence the original and what profits and losses they produce. The author focuses on two elements of the book: the names of the characters and literary allusions both filtered through the Russian culture by the translator. Their juxtaposition with the original reveals changes in the semantic layer of proper names and in the formal structure of parodied texts.Nevertheless, this “domestication” also brings a new value. It enriches the target text with an additional therapeutic function which allowed Russian expatriates and their children to deal with hardships of exile and to keep Russian canonical literary works in their minds.