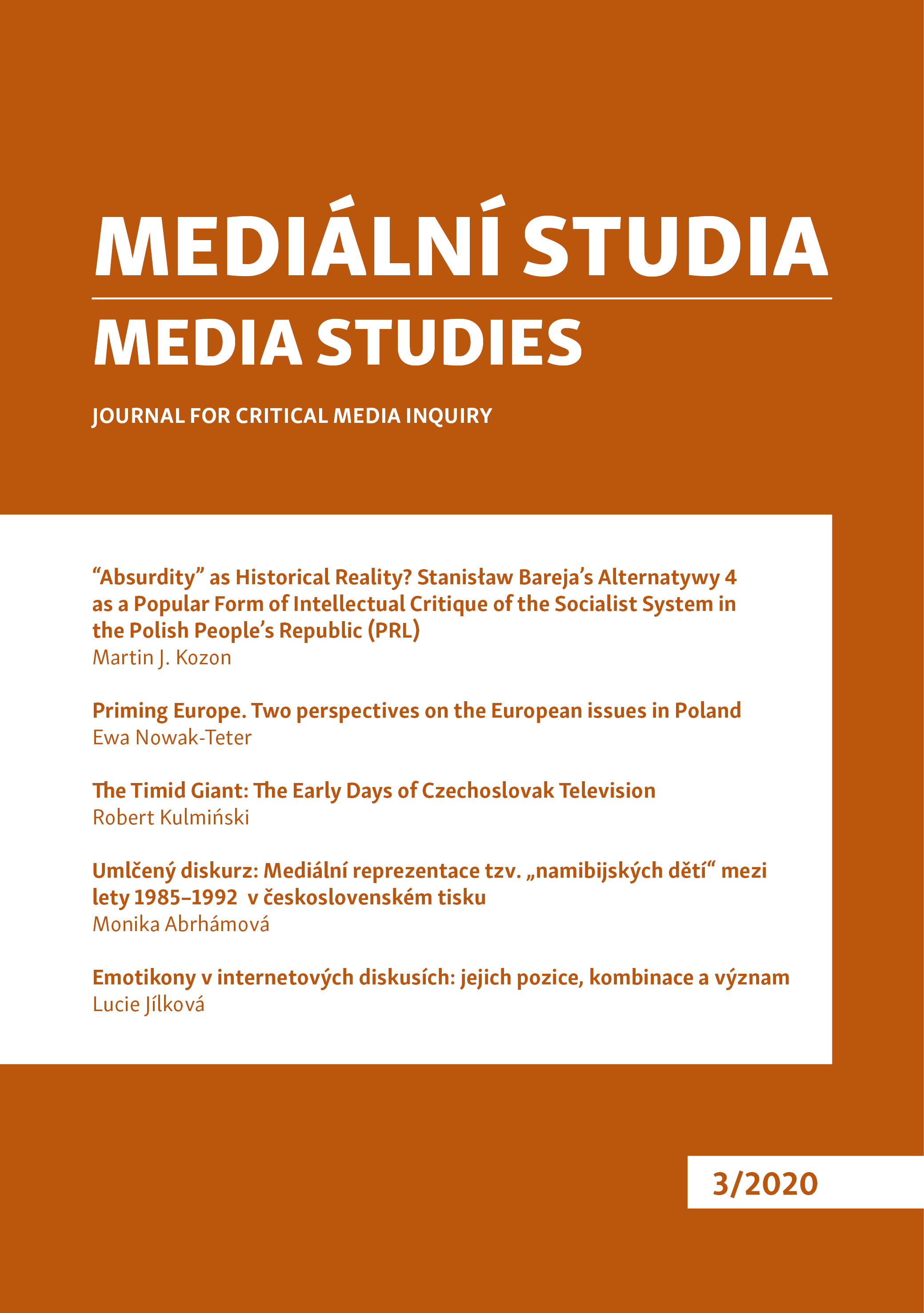 Summary/Abstract: The article examines the ideological role of comedic television programming in the former Eastern Bloc states through a case study of Stanisław Bareja’s Alternatywy 4 [Alternative Street #4] television series. Whereas media studies have uncovered the socialist state’s use of television as a device for ideological indoctrination, this paper seeks to contribute to the theory of the medium as a form of popular resistance. The research methods involve the use of primary and secondary sources that help construct the contextual and theoretical components for understanding the social and historical context in which the series was produced and broadcasted, as well as the in-depth analysis of the series’ content. The analysis demonstrates how three themes of popular critique of the state socialism discussed in various issues of the Polish-émigré literary-political magazine Kultura, i.e. the critiques of neostalinism, Sovietizm, and the lack of pluralism/individuality, was framed within the popular apartment block genre that was far more accessible and relatable to Polish society. The results suggest that Alternatywy 4 recontextualizes intellectual critiques of the Polish People’s Republic’s “success of socialism” propaganda and disseminates subversive meanings to inform society of more glaring issues behind the deteriorating socioeconomic conditions in Poland.