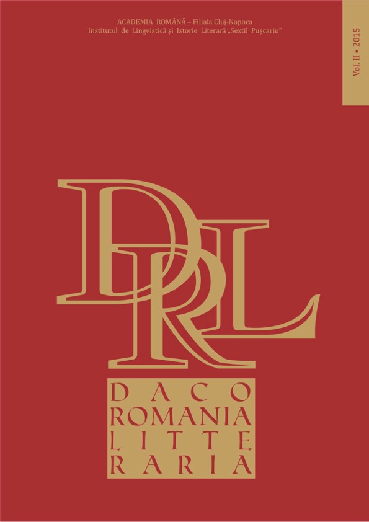 Summary/Abstract: The essay endeavors to apply Edward Said’s remarks on traveling theory by sketching a three-stage model, grounded on the evolution of critical consciousness from locality (specialization and selection of theory), to localization (loan and adaptation of theory) and creative localism (resistance to theory). Our analysis addresses Codrin-Liviu Cuţitaru’s books, from The Depersonalized History (1997) to The Present Discontinuous (2014), which contain pertinent illustrations of traveling theories, mainly localizations of Derrida’s “dissemination”, Fineman’s “historeme”, and Fukuyama’s “post-history”. Cuţitaru’s reflection on the subject’s displacement from history grows into a more nuanced vision, enhanced by a bitter awareness of literature’s role as a discipline within the changing curricula experimented by the Romanian universities after the fall of Communism. Experiencing both the locality of his own specialization (Professor of English/ American Studies), and the localization of foreign theories in a provincialized academic center (“Alexandru Ioan Cuza” University of Iaşi, established in the capital of the former Principality of Moldavia), the Romanian scholar arrives at a very original theory of creative localism. This provides the critic not only with arguments for resisting foreign theory, but also for opening himself towards the tradition of previous schools of criticism from Iaşi.