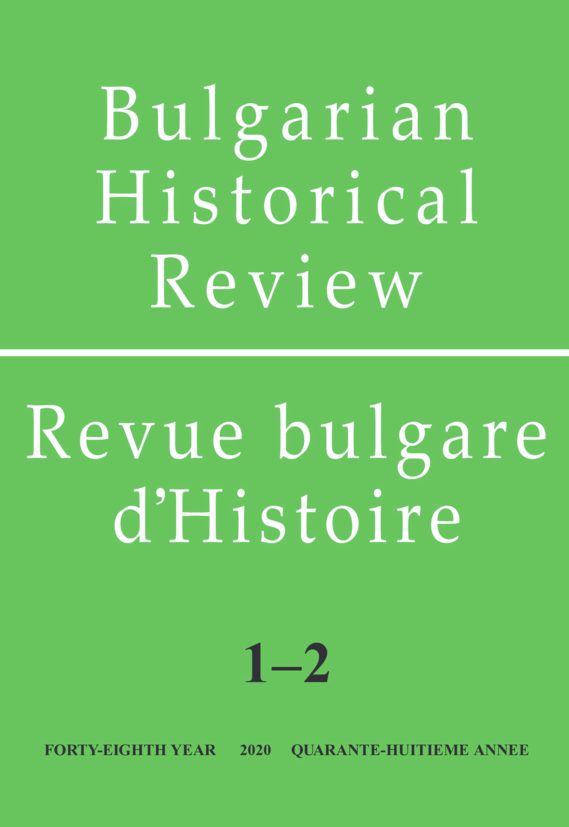 Summary/Abstract: The paper is based on archival collections related to the political and diplomatic history of the Korean Peninsula kept at the Central State Archives in Sofia. Most of the used documents are from the records of the BCP Central Committee and Politburo, the funds of the National Assembly (parliament), the Council of Ministers (government), other ministries and state agencies, as well as the official records of the Ministry of Foreign Affairs. Another important source for archival information used for the analyses are the documents from the State Military Historical Archive in Veliko Tarnovo. Documents from the Bulgarian archives outline two key issues related to the Korean War and Bulgarian position on this conflict and the engagement of the country in it. First of all, this is the topic of the moral support for the Democratic People’s Republic of Korea (DPRK). This is done through a number of regular official positions of the Bulgarian government as well as of various socio-political and civil society organizations which expressed their position of Bulgarian “solidarity with the Korean people in their struggle for unity and national independence”. Many of these positions at different levels are directed at a number of international organizations and their forums raising voice in support of the position of DPRK. The second big issue is related to the humanitarian aid that Bulgaria has given to the DPRK in the course of the war. This theme has three main dimensions that deserve attention. First of all, this is the issue of organizing mass campaigns among the Bulgarian population and institutions for voluntary donation and material assistance for the population of the DPRK. Secondly, a part of the humanitarian aid that Bulgaria is providing to the DPRK is the decision of the Bulgarian government to send no medical missions to Korea and to organize a hospital to help the military and civilian victims of military action. Thirdly the issue about one of the largest humanitarian campaigns that the Eastern Bloc countries organized, the acceptation for raising and care of children who have remained orphans as a consequence of the war. The study of the documents related to the Korean War provides an extremely interesting insight into the War, through the prism of social history, the effect of the war on ordinary people, the lives of the Korean population in these heaviest years of its historical development after the World War II.