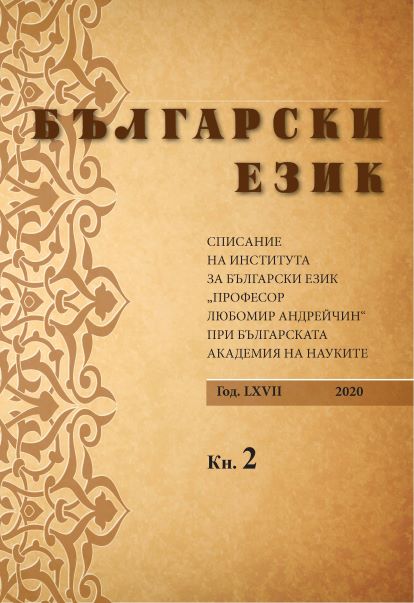 Summary/Abstract: The everyday life of medieval man is a poorly studied topic. What were the objects that surrounded him? What were the occupations of common men? And most of all, of course, what were these occupations called – this is an interesting question that is yet to be clarified. There are relatively few texts that can provide material for such studies. Among the most valuable sources are the Paterikon stories which abound in descriptions of the problems of ordinary life. This paper studies four lexemes found in the Dialogues of Saint Gregory the Great, Pope of Rome, known in Slavic literature as the Roman Paterikon. The concise lexical sketches reveal interesting and, to a certain extent, unexpected information about the life of the Bulgarians during the Middle Ages, as well as about the processes occurring in the Old Bulgarian literary language established by the Preslav Literary School where the first translation of the Dialogues appeared.