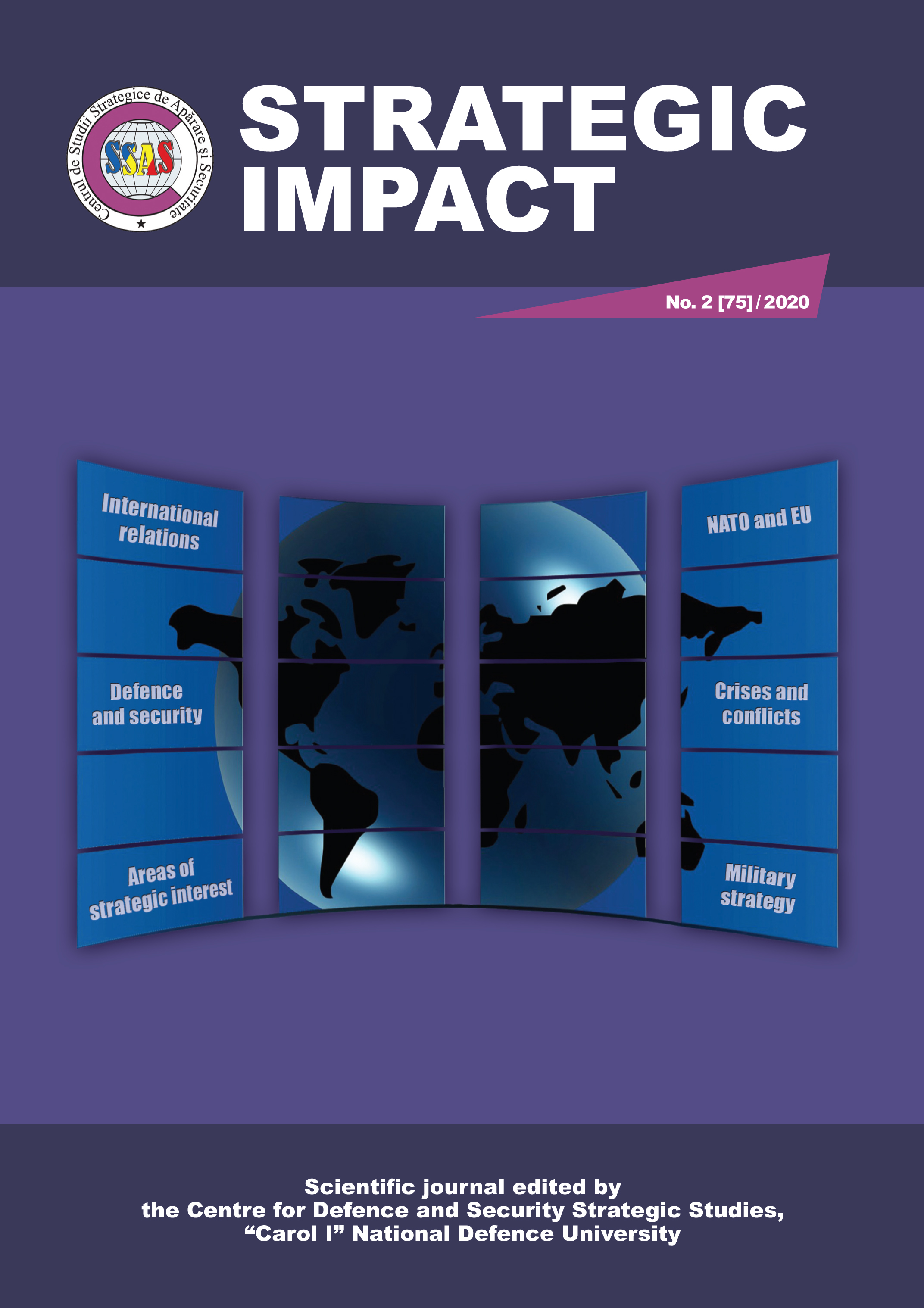 Summary/Abstract: The current international system faces a new form of risks and threats generated by climate change, the results following the increase of global temperature which managed to influence the the states’ conduct. Following this phenomenon, which caused the withdrawal of the polar ice cap, one of the most affected regions is the Arctic area. The changes that have appeared in the region of the polar territories support access to new resources and the emergence of a new maritime route, which have triggered many new implications from many international actors in the development of the area. In the context of the latest evolutions, within the current literature, a new hypothesis began to draw its lines linked to the formation of a regional security complex. Many of the arguments of the hypothesis are linked to the violent actions of Russia to protect and exploit the Arctic theories.