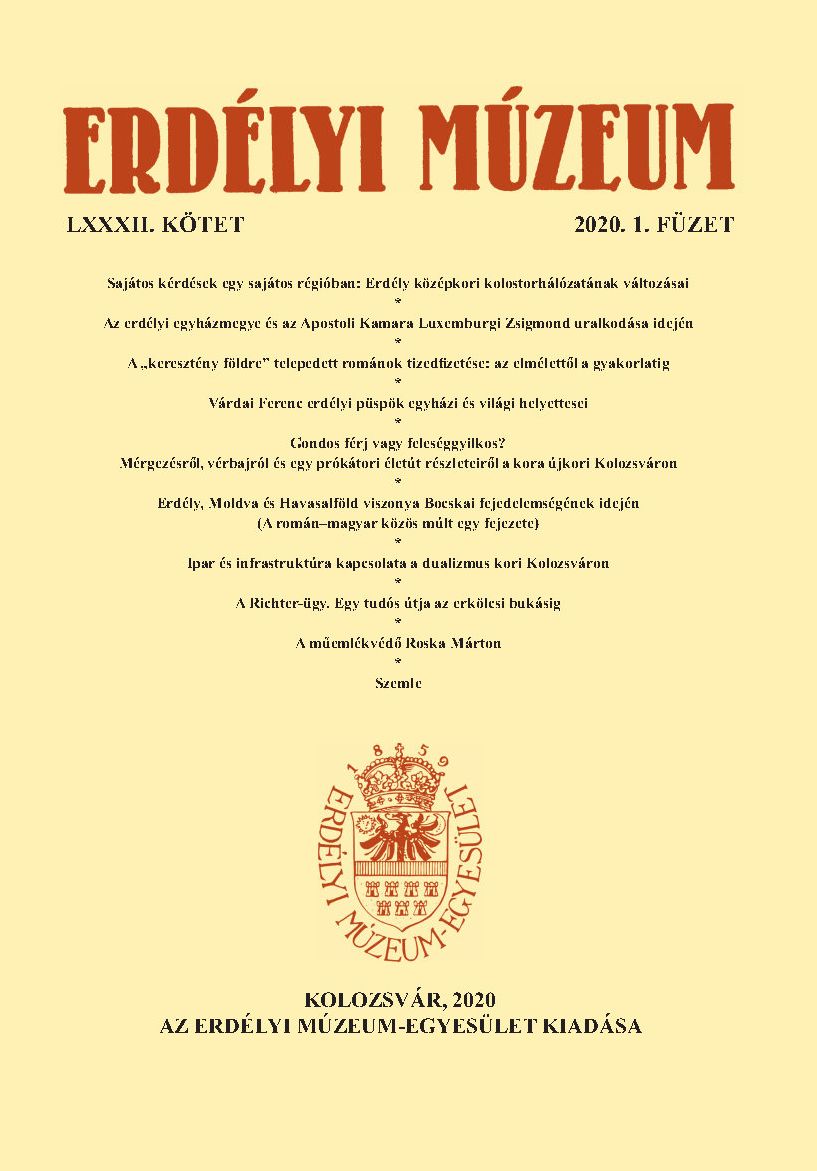 From Theory to Practice

Summary/Abstract: The Transylvanian Romanians, although they lived on the territory of the predominantly Catholic Hungarian Kingdom, were the followers of the Orthodox rite, and therefore did not pay the tithe during the 13–14th centuries. However, the voivodes of Transylvania decreed in 1408 on the request of the diocesan, that the Romanian communities which had moved to “Christian lands” (terrae Christianorum, i.e. settlements formerly inhabited by Catholics) should pay the tithe, for getting a compensation for the lost incomes of the Church. In this study, I examine the implementation of this regulation, introducing into the discussion several new sources. In the first decades, there are no data indicating any attempt to put into practice the decree from 1408. Out of those 36 former Catholic parishes, which got a Romanian population between 1337 and 1461, only three can be found on the list of tithe-paying settlements from 1589. Due to the often repeated royal decrees regarding this matter, the idea of the tithe payable by the Romanians settled on terrae Christianorum really became part of the Transylvanian legislature at the end of the 15th century, when its implementation can be considered more successful, too. Out of the 23 parishes which got depopulated and then repopulated between 1461–1599, 15 kept on paying the tithe even with a Romanian population. This success, however, was confined mainly to the territory of Fehér (Alba) county because as a result of the Ottoman attacks this territory became the typical scene of population change in formerly Catholic villages, and because the Catholic Church could effectively assert its power and implement the decree here, in the neighborhood of the episcopal center, primarily on its own estates. In other regions alternative solutions were found (e.g. by redirecting the fiftieth, i.e. the traditional tax paid by Romanians, to the Church), however in many cases the landlord and his Romanian serfs found a way together to sabotage the collection of the tithe.