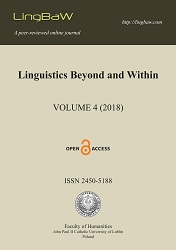 Summary/Abstract: Ten 3- to 5-year old children (5M, 5F) who were diagnosed as children with articulatory phonological disorders (CWAPD) and attending a therapy program were recruited to participate in a ‘repeat-after-her’ experiment. They were asked to produce a total of 85 real Mandarin words, including 28 monophthongs, 41 diphthongs, and 16 triphthongs. The results indicated that CWAPD have no problem producing monophthongs. However, attempts to articulate diphthongs and triphthongs induced more errors. CWAPD showed more errors when producing words with 1st sonorant diphthongs than words with 2nd sonorant diphthongs—this is because the least sonorant segment in the last position is prone to distortion. Similar phenomena were found in other triphthongs, except with /iai/ and /iou/, which did not see deviant pronunciation. Comparing our study to the information provided by two therapists showed that the participating CWAPD encountered difficulties in producing multi-vowel syllables, where the position and sonorant matters. In addition, our results also reveal a similar vowel acquisition order among CWAPD as among normal children.