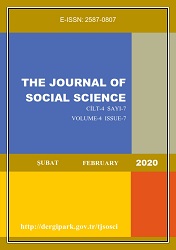 Summary/Abstract: Turkey financial system, the most of 83% of financial assets belongs to banks, is based on banks and deposit banking. Crediting influence macroeconomy and so it worths always to research. The aim of the study, is to analyze the Turkish banking sector on the base of “loans” in the 1999-2017 period by historical developments and tables. In this way, the turningpoint in Turkish economy and banking is 24 January regulations. Because, for example, interest rate started to be decided freely in the market, it made easy to banks to enter to the sector and the selective credit policies were removed. After that, these neoliberal policies often lead to economics crises named “banking crises”. Especially, after 2000-2001 crises, non-performing loans rate increased seriously. In this macroecomic environment, banks lead to economic constriction by crediting less and calling to pay back loans and so lead to the aggravation of the problems by increasing the non-performing loans. All these developments caused to some reform and regulations on international standards. Therefore, Turkish banking sector was affected less and came out of the Global crisis stronger. In the sector, the rate of foreign banks is high. After 2000 years, first big 5 banks have the most of the half of the assets, deposits and credits. First 10 big banks, on the other hand, have the most of 80%. After 2000-2001 crises, the rates of banking loans - assets and total loans- GDP increased. Until 2008, textile and construction was including in the most credit-concentrated 6 sectors. After 2004, individual loans is first and secondly whole and retail trade in the concentration rank. In the 2007-2016 perriod, construction is always on the third. The whole and retail, and construction have the high share in non-performing loans.