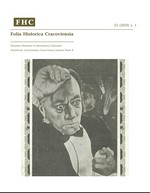 Summary/Abstract: Church movements and lay associations are one of the admirable fruits of the Second Vatican Council. However, it was not simple to inject the recommendations and regulations of the council into the life of the Catholic Church. In Eastern Europe and especially in former Czechoslovakia the Catholic Church had to confront a massive external conflict against totalitarian communist regimes which openly restrained implementing the fruits of the council into practical life. The Greek Catholic Church, which was prohibited by the totalitarian regime in Czechoslovakia for 18 years, became caught in the centre of that conflict. Despite the period of darkness and many conflicts, there came a period of freedom and blossoming of new movements and communities, which involve new forms of communication with modern people and answer their need for strong and personal experiences with God. However, also in the middle of the free society and continuous activity and blossoming of movements there are internal conflicts, which are the consequence of adolescence, development of structures and applying of charismas of particular movements and communities in the Catholic Church environment. It is the period of adolescing to ‘Church maturity’ which cannot be without conflicts. Despite the conflicts, church movements and lay associations are the answer to dramatic calls of the present-day period induced by The Holy Spirit.