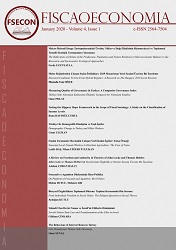 Summary/Abstract: This study deals with the question of religion, which constitutes a basic discussion of political and social theory with the birth of the modern state. The autonomization of politics from religion, with various scientific developments has led to the secularization of other scopes of society and the public functions of religion have become increasingly debatable. Two moments and their synthesis can be mentioned here. After the French Revolution, the Enlightenment's critical debate on an individual basis turned into a supportive debate focusing on the social function of religion. A critical synthesis of these individual and social approaches was developed by Marx and the inadequacy of considering religion as a purely epistemological problem was ignored.