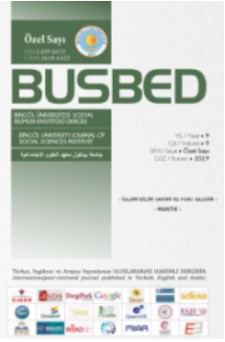 Summary/Abstract: The science of logic is undoubtedly an abstract science, but it is clear that it is a science built on the concepts abstracted from matter by the forms of judgment and inference by reason. As the facts fill the content of formal patterns established by the laws of reason, logic is divided into formal logic with regard to the laws of reason, and contextual logic with regard to the matter/phenomenal world. In this context, Yücel and Ağaoğlu divide the science of logic into two parts as formal and applied logic. In the section of formal logic, they analyze the formal logic issues in terms of both systematic and content aspects of classical logic while in the section of applied logic, they attempt to write an applied logic with a large accumulation of knowledge from the disciplines of modern methodology, philosophy of science and history of science. This effort is a very important and great effort for us, considering that the classical logic, which has been studied in depth in both eastern and western thought for centuries, has been given more emphasis on the formal side in the following centuries. Because the texts logic written by Yücel and Ağaoğlu under the title of Formal and Applied Logic has been shaped as a result of a search for the question and problem of how logic can be the method of modern sciences.