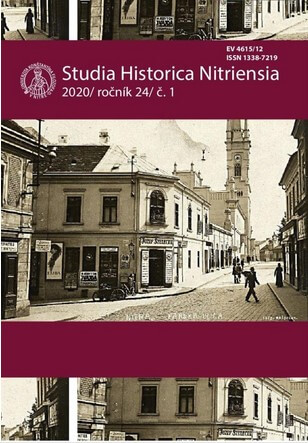 Summary/Abstract: There is a two generation gap between the creation of higher church administration in Hungary during the reign of Stephan I (997 – 1038) and the rise of the sources describing relation between the king and bishops. The only exception is the Libellus de institutione morum, perhaps the most authentic source of this period, preserved however from very late codes. Depiction of mutual relations of the monarch and bishops was created by church authorities in context of canonisation process at the end of the 11th century, following their own interests and goals. The king had been therefore depicted as propagator of the Christian faith with the purpose to replace idolatry and paganism; as supporter of the church in the meaning of institutional and material support; as propagator of the law, meant by the authors of texts as a Canonical law. Lines of the church and faith had been over-crossed in relations between the monarch and bishops, while referring ordinary execution of power. Bishops are depicted as those who are inevitable for execution of profane matters, because “without them there are no installed and ruling kings”. This article is therefore an attempt to make a description of this picture, based on narration coming from 11th and the beginning of the 12th centuries and also an attempt to interpret them as sources describing constitution of Arpádian power structures.