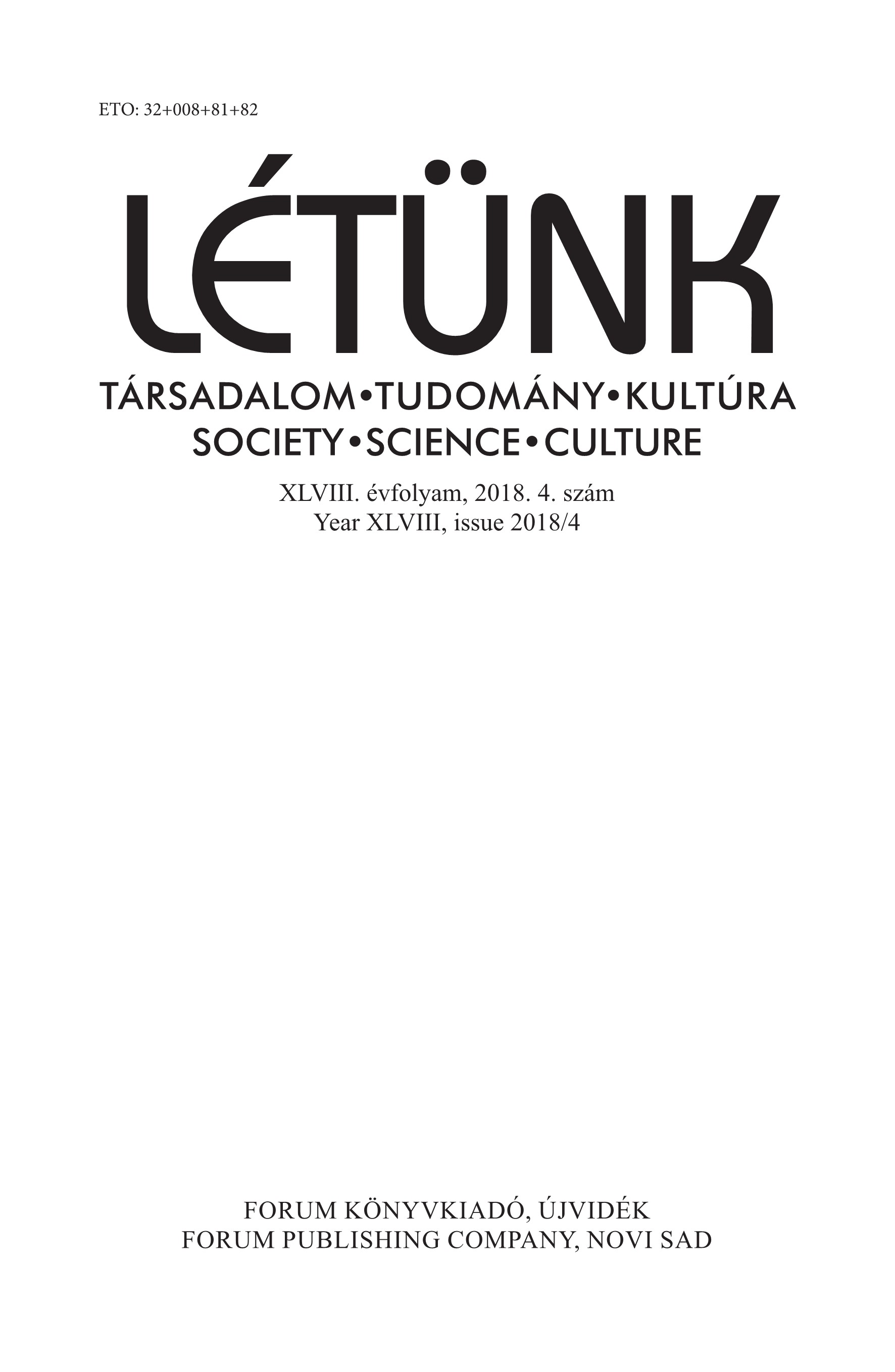 „Meg is mosakodjál, meg is törülközzél…” (A 20. század tisztálkodási kellékeit bemutató zentai Városi Múzeum hagyományos néprajzi kiállításáról)
“Wash Up and Wipe Yourself...” (Traditional Etnographic Exhibition of the City Museum in Senta about Washing Up Accesoires for Personal Hygiena in the 20th Century)

Summary/Abstract: Under the title “Wash Up and Wipe Yourself ...” we opened the 18th traditional Christmas ethnographic exhibition organized by the Cultural and Educational Center “Thurzó Lajos” with which we ehhibited in another ten similar cultural institutions and museums (Tornjoš, Novo Orahovo, Gornji Breg, Zajecar, Temerin, Subotica, Futog, Kikinda, Backa Topola, Belgrade). The last exhibition was organized in cooperation with the Ethnographic Museum in the capital of Serbia. The following work deals with the exhibition and accompanying text used for the exhibition activity with the subtitle “Sets for hygiene in the 20th century from the collection of the City Museum Senta, as well as from other ethnographic collections”. The exhibition of artifacts from the ethnographic collection of our museums related to everyday hygiene was largely enriched by two private collections. One of them belonged to Imre Veres, our fellow ethnologist, who died twenty years ago, and the other belongs to Magda Sabo, who lives in Tornjos. For the needs of my exhibition a lot of photographs and descriptions were borrowed from colleagues in the National Museum of Valjevo, the Vojvodina Museum of Novi Sad, the National Museum of Kikinda and the Museum of Srem in Sremska Mitrovica. In the missing places we used archival photographs of Senta City Museum and the Agricultural Museum of Hungary in Budapest (Erdélyi Mór – Budapest, Štica – Senta), while we supplemented the written material with quotations from the works of our ethnographers. Several members of the ethnological society “Kiss Lajos” also took part in collecting artifacts and shooting photo material with Ms. Anna Szőke as a team leader. Some good, contemporary photos of apple washing during Christmas holidays were recorded as well as pouring with water or parfume during Easter Monday as a photo material for festive customs. In order to describe the ethnographic significance of hygiene customs we managed to include citizens in artifacts collecting. The materials we received were sorted according to themes, and the written part of the exhibition with accompanying photographs were printed on 20 panels with the following thematic titles: Water, Water Cointainers, Well, In the Sanctuary, Clean-Impure “Washing Up”, Outdoor Washing Up – Easter, Christmas, Hygienic customs and accessories, Archaic Rural Washing, Rural-Urban Methods of Washing Up and Personal Hygiene, “Washing Up ...” – children's game, “Wash Up Nicely...” Festive Towels, Convenient Towels, “Comb Yourself Too...”, Soap, Bathing, Conclusion, Colophone. Adapting to the place and requirements of modernity, it is easy to vary the order of the panels and the visuality of the exhibition. The festive days of the Hungarian Catholic religion are linked to many folk customs regarding washing up and cleaning. The culture of hygiene has undergone radical changes during the 20th century; in the new millennium, many old accessories have been out of use or have been worn out. Some of the old objects, even when they became part of museum or local collections, did not become the topic of some serious professional researching. This work is an attempt to fill that gap.