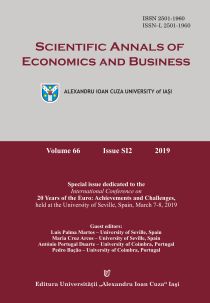 Summary/Abstract: This paper describes the monetary policy of the European Central Bank since the birth of the Euro. The different economic situations and the monetary policies implemented during the mandate of each one of the three ECB presidents are analysed as a process of evolution. We study the situations of cyclical asynchrony together with the response given to it by the European monetary authority. We also assess the change experienced by the main economic indicators of the twelve founding countries during the 20 years of the single currency. The main conclusion obtained is that monetary policy has evolved from the strict approach defined in the Treaty on the Functioning of the European Union to an approach closer to that of the rest of central banks, which we have called “monetary realpolitik”.