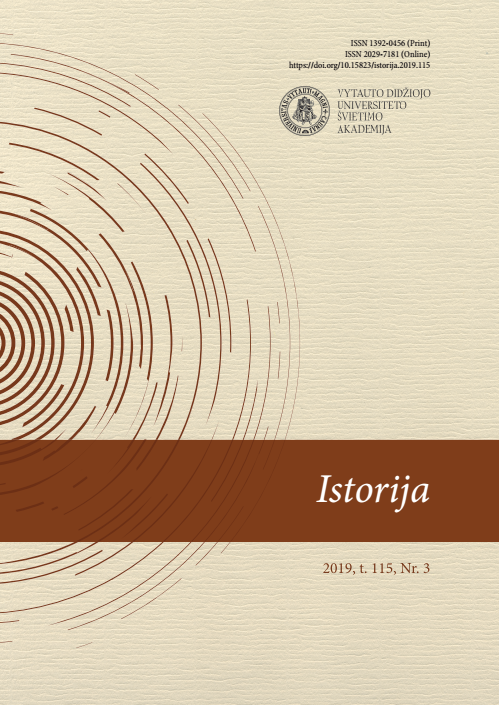 Summary/Abstract: The article discusses the peace treaty of 1219 between the Lithuanian and the Volhynian dukes retold in the Chronicle of Galicia-Volhynia, and reviews the historiography of this treaty. Te retold treaty is compared with contemporary and later treaties, proving that the treaty of 1219 must have been in a written form; the article also discusses its structure. Special attention is paid to the group of the Lithuanian first five dukes: based on the grammatical analysis of the formulas of the 13th–14th century treaties, the article concludes that the word старѣшеи, written in its forefront, applies only to Živinbutas, listed as the frst among the five.