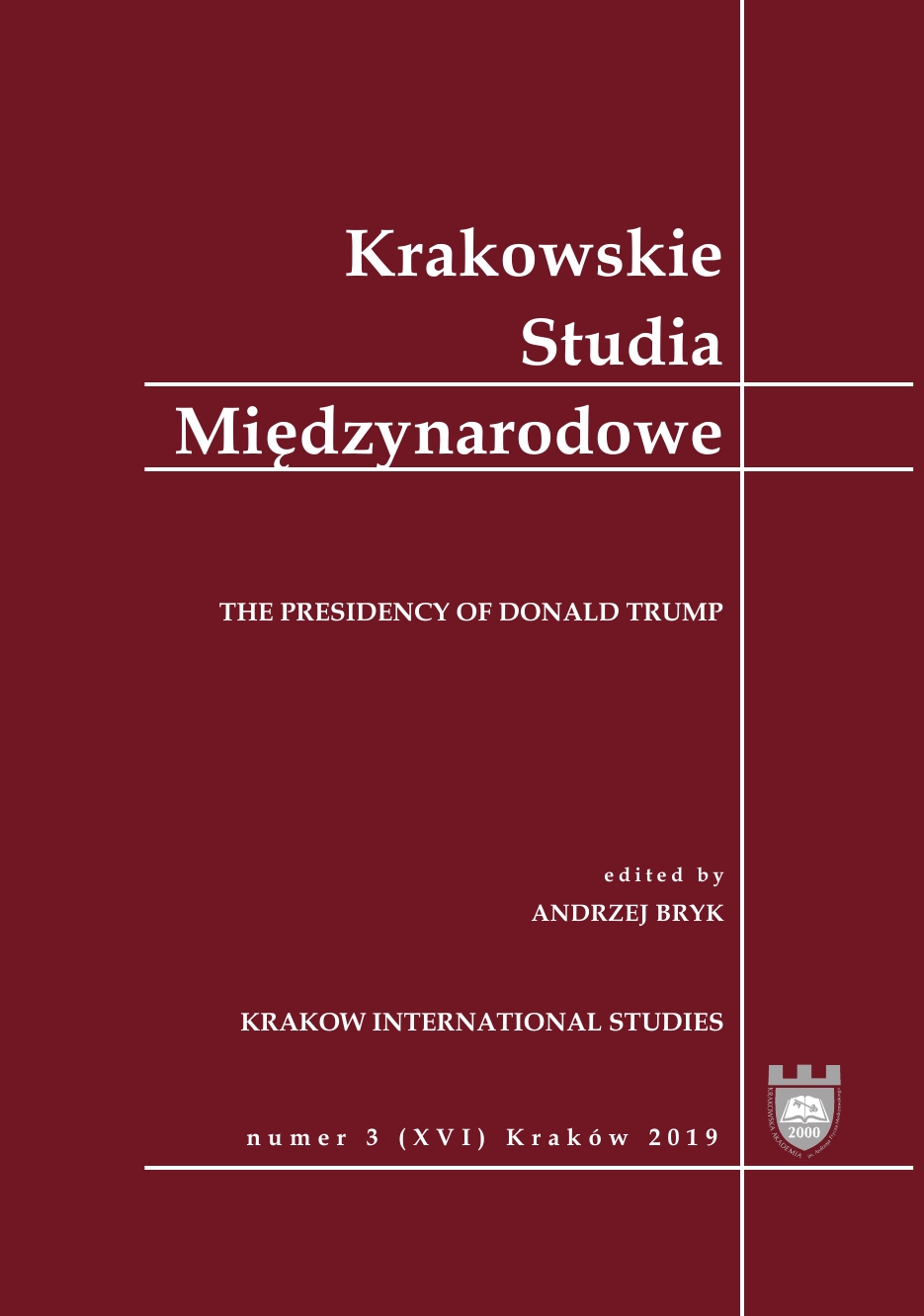 Summary/Abstract: The aim of this article is the analysis of Donald Trump’s electoral victory in U.S. presidential elections of 2016 in the context of failure of the center-left in this country. Special attention will be paid to political geography of the Rust Belt, one of the most symbolic regions in America, where one can observe the negative consequences of neoliberal globalization. The author of the article will focus on the political language of Donald Trump and the strong anti-globalist statement used by the Republican candidate during primaries as well during presidential debates with Hillary Clinton. This study will also show, how Identity Politics and other idealistic concepts influenced the electoral defeat of the American Left and why a more collective and antagonistic approach could have a positive impact on the whole transatlantic progressive movement.