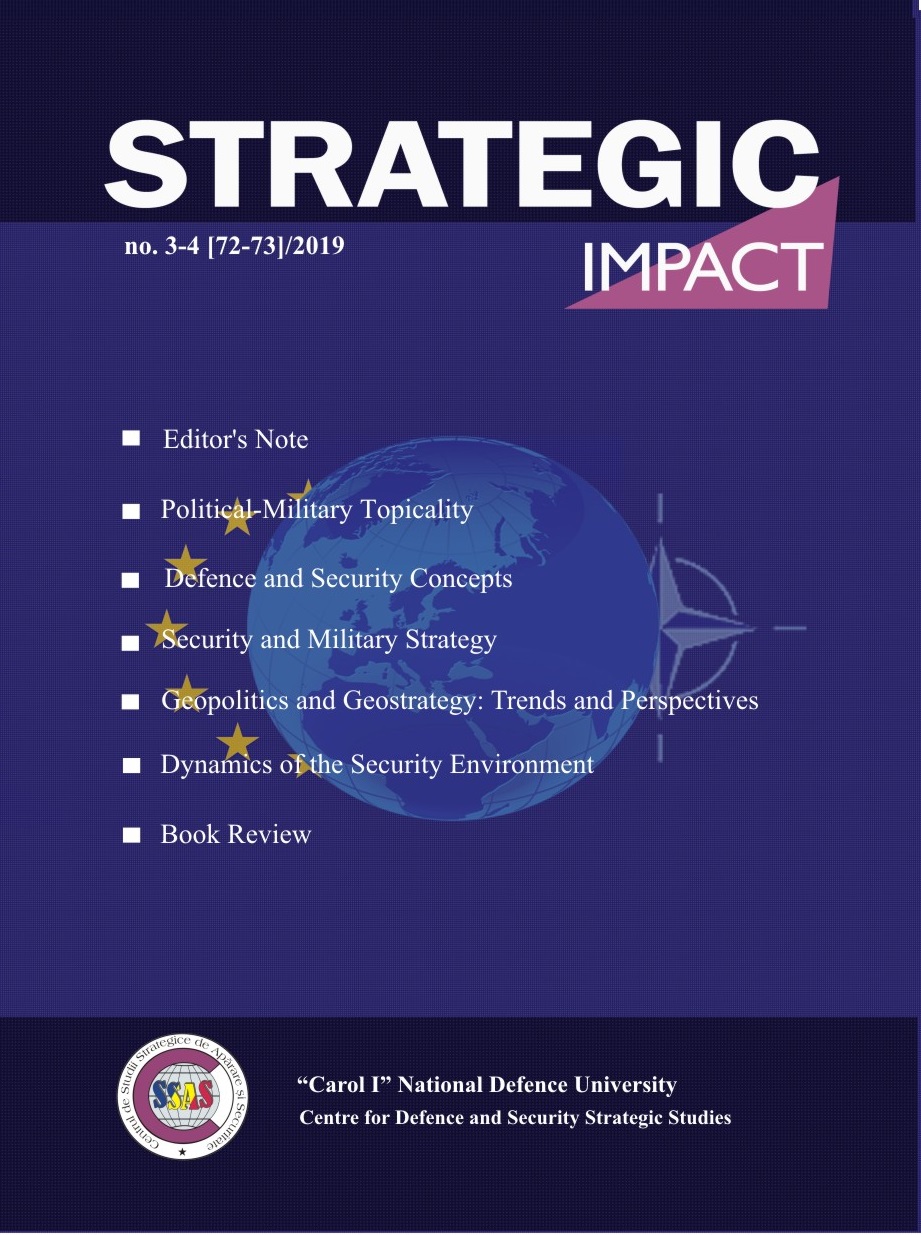 Summary/Abstract: Regional security issues generate more and more concerns in the international community. The increasing interdependence on the international arena makes it impossible to ignore security issues its actors are confronting with. One of the regions that deserves a thorough insight is Southeast Asia, especially Myanmar, due to the events that have taken place here lately. We will primarily focus on interethnic conflicts resulted from religious differences. For the paper’s scientific consistency, we will use the method of the three triangles of Galtung that deals with the dimensions of conflict, violence and peace. Avoiding, at first, to emphasize the security issue, Galtung proposes a different approach than his contemporaries, arguing in favour of improving relations between the parties. This new method is based on the development of links between the actors involved, focusing on conflict resolution. The paper will encompass three perspectives of analysis, respectively: the first focuses on contradictions, attitudes and behaviours, during the conflict, the second deals with the three dimensions of violence – direct, structural and cultural – and the third triangle examines the possibilities for solving the conflict through peacemaking, peacekeeping, and peacebuilding.