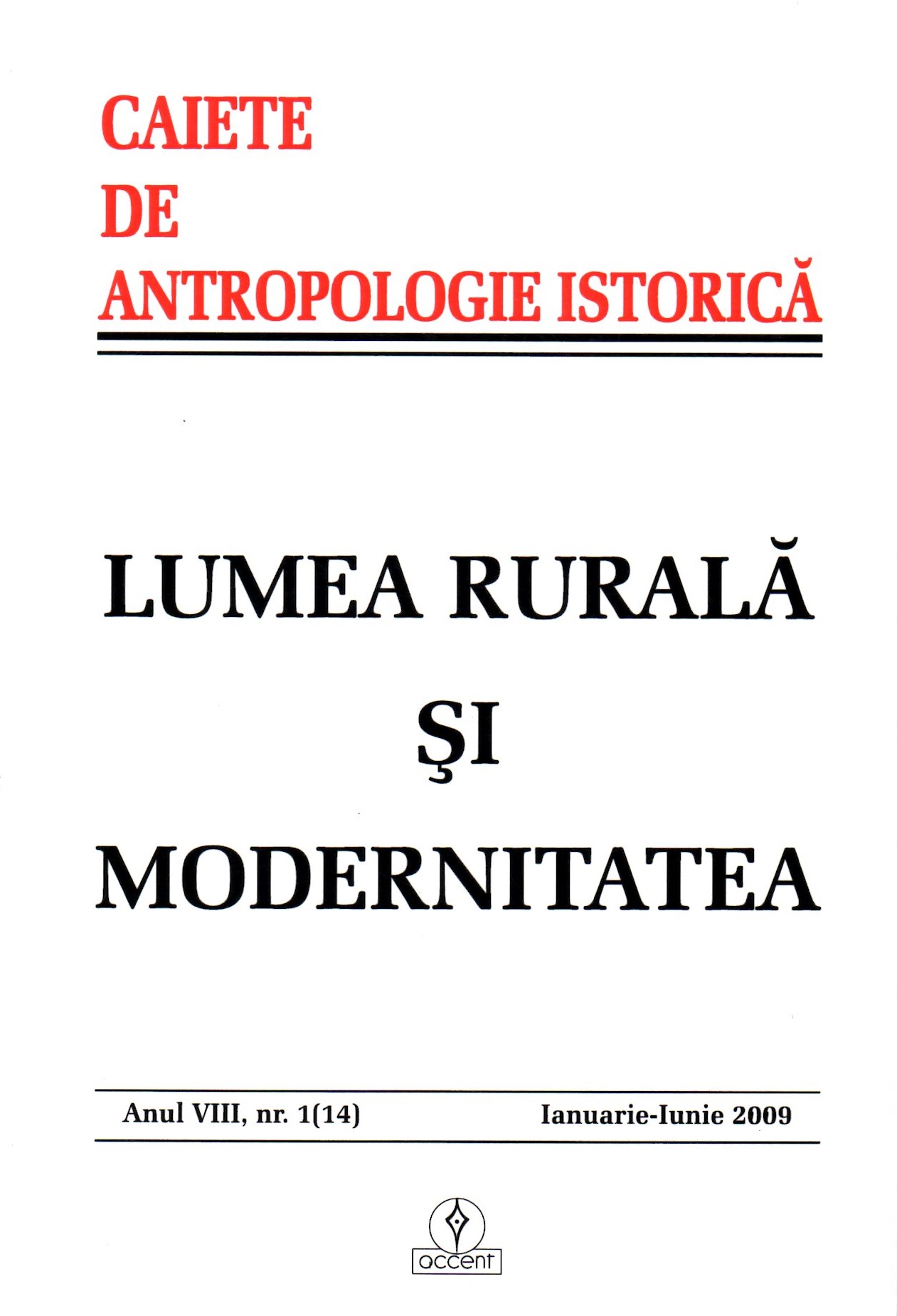 Summary/Abstract: The year 1774 is seen as and considered to be the beginning of modernization by historians. Dates are subjective elements and cannot just give us a temporal marker. The values and behaviors change basically neither in 1774, nor in 1830. They need transition periods and a generation that does not share them and that is not represented anymore by them. Changing the clothes does not necessarily imply changing the furniture or the manner of eating, not to mention the manner of thinking. This is why odd behaviors overlap: boyars wear dress-like coats, have English forks on the table, but eat with their fingers as this seems more convenient. By observing the dowry lists, one notices that almost until 1830 the standard objects are the same, including clothing items. The boyar prepares the dowry that he himself received without paying too much attention to the fashion evolution; the same is true for eating habits - without too many dishes or too much cutlery. This is confirmed by inventories and wills. It is true that these are death inventories and list only the objects that outlived their owner. Historical testimonies are contradictory: in the same period of time, two totally different attitudes are discussed: some talk of the old habit of eating with one's fingers, others speak of the Romanian boyars’ European manner of eating. I think, therefore, that things were mixed up and needed a few years to move on to another stage. I am not saying that our boyars’ manners turn them into barbarians, not at all. They used to have a behavior system different from the Western one. What is important is the way they see, perceive, analyze themselves and I would like to mention that they do not consider themselves barbarians at all when it comes to the way they dress, eat, drink coffee, smoke the narghile or to the amount of time they devote to their siesta. They realize they are different, but this behavior does not preoccupy them too much. These are the elements specific to them, which make them seem 'undeveloped', 'barbarians', far from the 'civilized people of Europe'. These elements are the education, the social relations, the political system, the manner of thinking; the important aspects that should be changed.