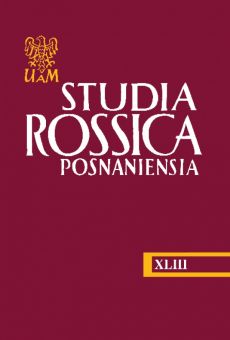 Summary/Abstract: The phenomen of “fake news” disseminated by the mass media is a relatively new phenomenon, the impact of which has not been extensively studied. The article is devoted to the problem of fake in contemporary mass media, which is understood not only as a modern type of lie, but also a fabricated information designed to manipulate public opinion and creating specific form of an image of the world in the human consciousness.