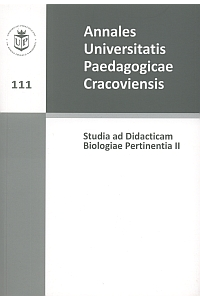 Summary/Abstract: The microbial biodiversity in micro-scale started to be examined at the end of 17th century,when Anton van Leeuvenhoek, as the first researcher, used simple microscopes in observationand description of the small organisms: microbes. In the beginning of microbiologydevelopment, the world of unicellular bacteria was seen as uncomplicated, predictable intheir simplicity, and bacteria were perceived as single, isolated cells existing in nature. Thedynamic development of new research techniques, including molecular biology showed thatthis simplicity of bacterial structures, metabolism and ecology does not seem so obvious.An interesting point of microbial biodiversity is the biofilm formation by the bacteria, andthe specialisation of bacterial cells within this structure. The present research indicatedrich biodiversity of outer membrane structures not only between Gram-negative and Grampositivegroups of bacteria, but also between the cells of bacteria in species and subspecies.To consider this information about microbial biodiversity, it is advisable to pay attention tothe concept and definition of bacterial species. The species concept in microbiology is stilla controversial issue for taxonomists and microbiologists.