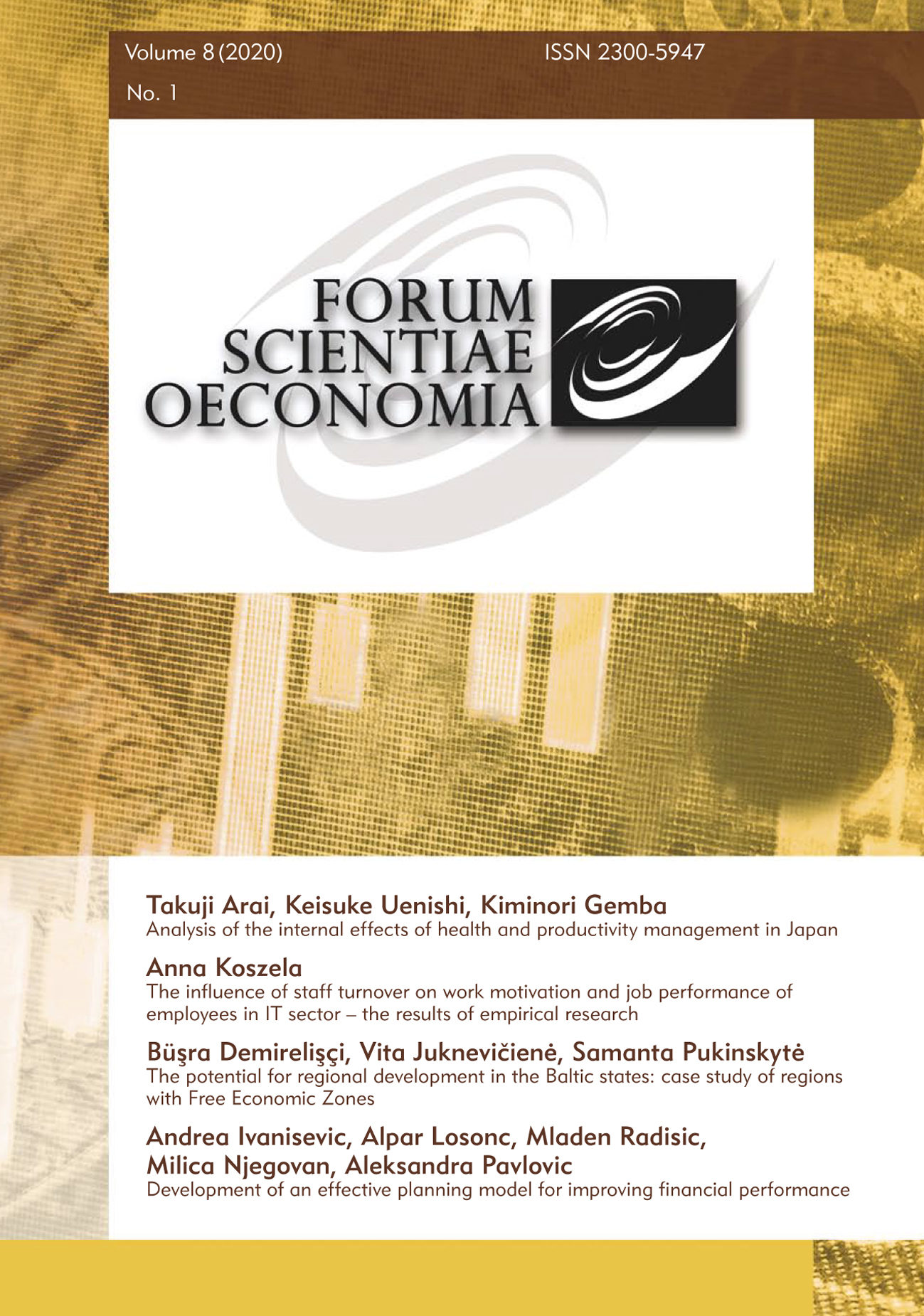 Summary/Abstract: In modern society, a region has been considered not only a territory, but a system of different economic and social interconnected participants as well. Regional development as a form of systematic progress, including social, economic, environmental, cultural and other aspects, is becoming less dependent on public policy implemented on the European level and requires more national or regional efforts. Therefore, development is closely connected to the activity of all regional players (participants in the regional institutional system). Free Economic Zones (hereinafter FEZs) aim to function as the catalyst for economic activity in regions; however, some zones are more successful and create greater potential for regional development than others. The main problem of this article can be seen in the following question: how can regions which have FEZs enhance their potential in terms of regional development? The main aim of this paper is to reveal how regional development potential is enhanced in regions with FEZs in the Baltic states. It presents the results of empirical research which was undertaken in three regions with FEZs (Šiauliai in Lithuania, Liepaja in Latvia and Sillamäe in Estonia) by using scientific methods such as statistical data analysis and interviews with three representatives of the executive administration of the analysed FEZs. The research has revealed that, even given the favourable socio-economic environment (on both national and regional scales) for FEZs, all three FEZs in the Baltic states cannot guarantee the realisation of the full potential of FEZs. The analysis has disclosed that FEZs face certain challenges – infrastructural, attracting resources (investment and professionals), and even political ones - in their activities. All those challenges have to be dealt with, which can lead the FEZ to make a successful contribution to the growth of regional development potential.