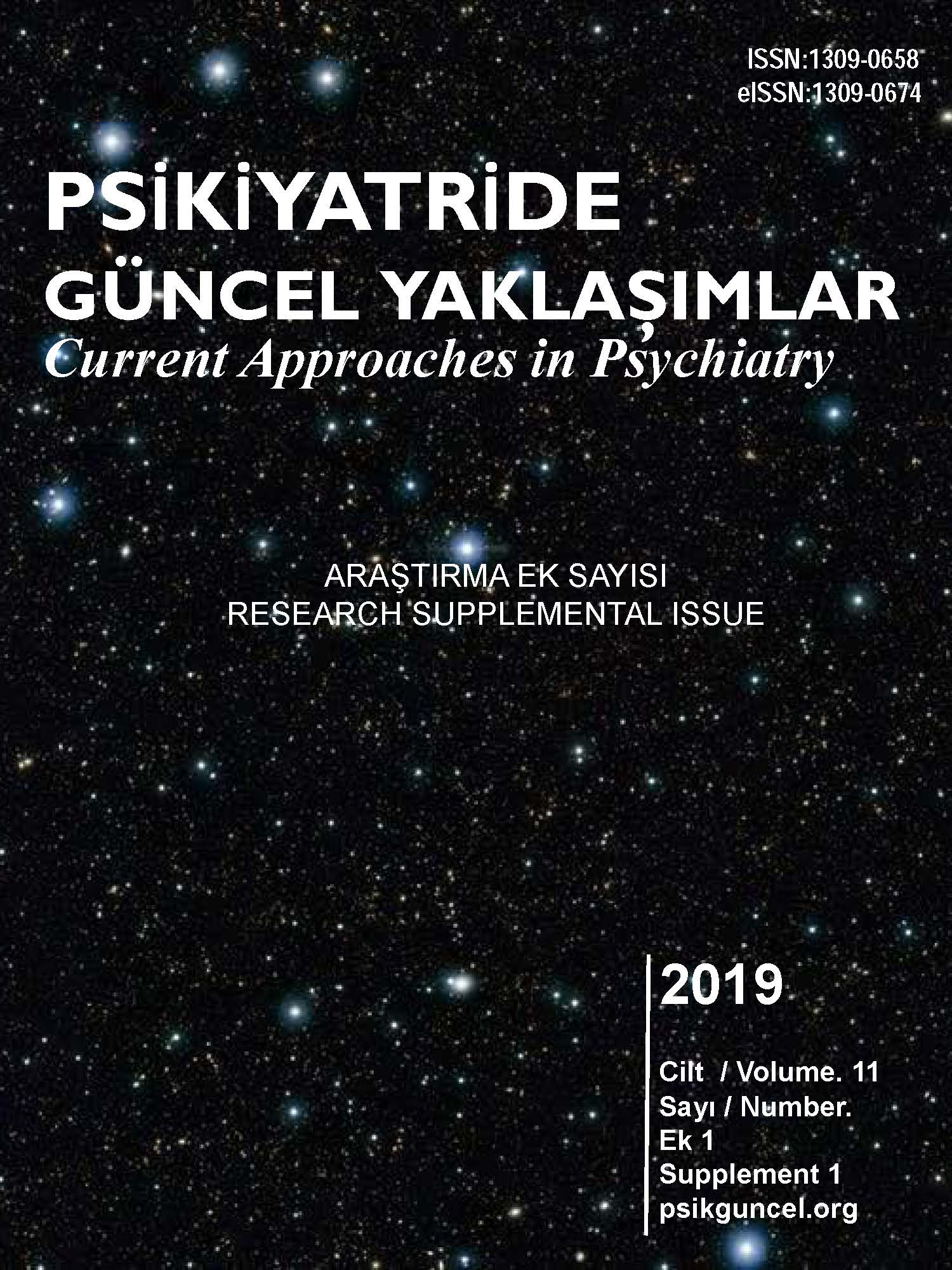 Summary/Abstract: The purpose of this study was to adapt the Attitudes Toward Transgendered Individuals Scale to use in Turkish population. The study was conducted with 218 university students. Participants were asked to fill out, Genderism and Transphobia Scale, the Attitudes Toward Transgendered Individuals Scale developed by Walch et al., and demographic information form prepared by the researchers. Construct validity of the scale was first tested by exploratory factor analysis (EFA), followed by confirmatory factor analysis (CFA), and criterion validity of the scale was tested by Pearson correlation coefficient. The reliability value of the scale was calculated by Cronbach alpha coefficient. 158 (72.5%) of the participants defined their gender as female, 58 (26.6%) as male, and 1 (.5%) as other. CFA showed that the goodness of fit of the model was satisfactory (SRMR = .048, X2 = 437.534, df = 170, p <.001 X2/df = 2.574, IFI = 90, CFI = 90, RMSEA =.08). Factor loadings ranged from .46 to .84. The Turkish form of the scale showed one factor structure, which is fit with the original structure of the scale. The scale also demonstrated excellent internal consistency (Cronbach’s alpha= .95, Guttman split-half coefficient = .93). Given the results of statistical analyses, The Attitudes Toward Transgendered Individuals is found to be valid and reliable to use in Turkish population.