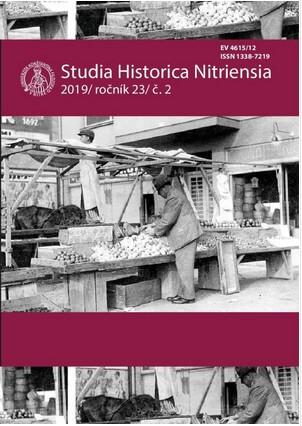 Summary/Abstract: Road toll research is one of the marginal topics of Slovak historiography. Toll fees included both a "dry" toll paid for roads and a bridge ("water") toll paid next to fords, on the bridges, ferries and in the ports. Fees were originally part of the Royal Regal Right. This paper deals with the issue of road tolls collected in the southwestern Slovakia, were several important roads were situated in the Middle Ages. Based on the preserved written sources, the author managed to document a dense network of toll stations in the examined area. Most of them are documented in written sources only in the 14th and 15th century. One can assume that some of them existed in the older period. The amount of the fee is mentioned only in few cases. Several major toll stations (e.g. in Starý Tekov) were claimed by several owners and the documents testify long-standing disputes.