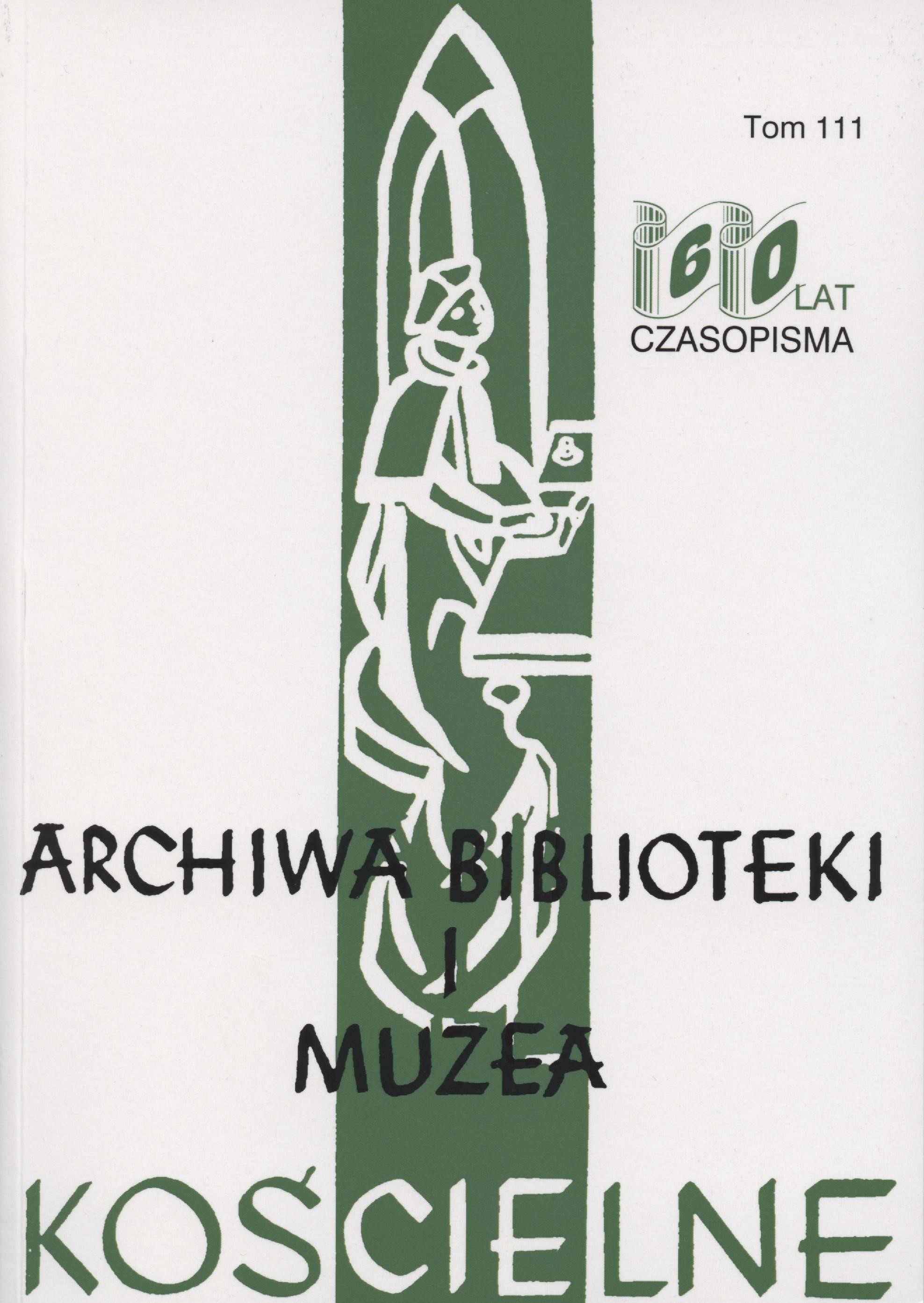 Summary/Abstract: In the Middle Ages, brothers preachers held archival material in trunks and manuscripts of the deceased monks in monastic libraries. The term ‘archivio communi provinciae’ (‘a common provincial archive’) appeared for the first time in the records of the general chapter of the Dominicans in Venice in 1592. The subsequent chapters recommended storing privileges, bulls and trial files in safe places, registering sources for the history of the province and producing inventories of movables and immovables, whose duplicates were to be held in the central provincial archive. Finally, provincial archives were legally established at the general chapter in Rome in 1756. In the 18th century, the Archive of the Polish Province was held in the library of the Krakow monastery dedicated to St Trinity; due to the beatification plans of the Sandomierz martyrs, the general of the order directed that this archive should be catalogued. In the first half of the next century, it was held in a separate room, and thanks to that, it survived the fire of the monastery in 1850. In the following decades the archive was stored in the library again; at the turn of the 20th century, Brother Kazimierz Jucewicz looked after it, and in the second decade of the 20th century, Father Jacek Woroniecki was responsible for arranging and describing it. In 1926, a post of provincial archivist was established, and it was taken up by the following fathers respectively: Fabian Madura, Zygmunt Ogarek, Andrzej Gmurowski, Robert Świętochowski and Efrem Gliński. In 1937, the archive was transferred to a separate room. The fact that a large number of materials from the liquidated monasteries in the South-Eastern Borderlands were placed in Krakow contributed to establishing the Archive of the Polish Dominican Province in its present shape in 1947. After that year, the office of the provincial archivist was held by the following fathers: Robert Świętochowski, Paweł Kielar, Zygmunt Bruno Mazur and Jan Andrzej Spież. Since 2009 Father Ireneusz Wysokiński has been in charge of the archive.