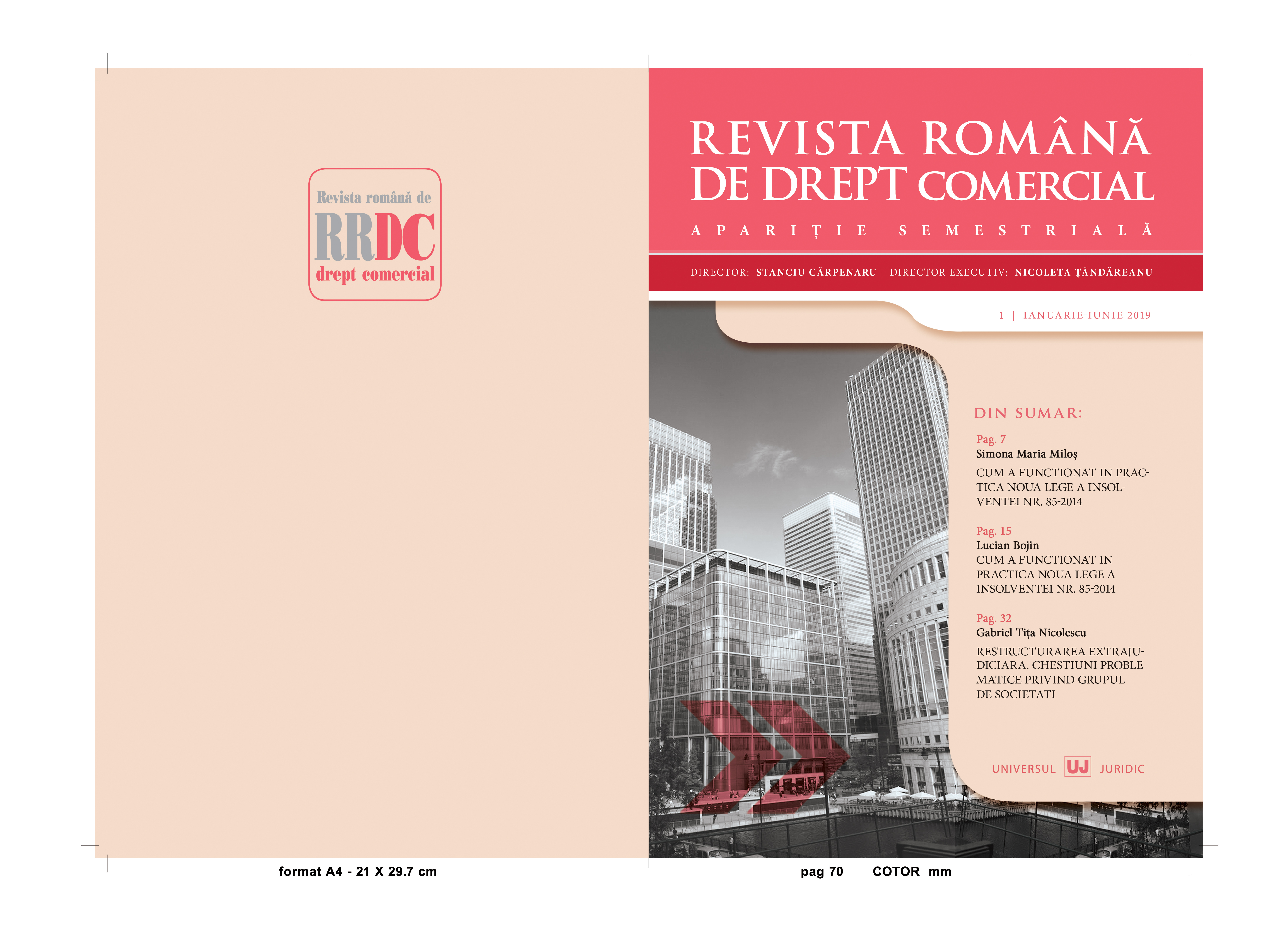 Summary/Abstract: The communication from the European Commission of July 2019 containing „Guidelines on the interpretation and application of the Directive on unfair terms 93/13/CEE” expressly mentions that Romania is one of the few states that applies consumer protection legislation incorrectly. Contrary to the principles set out in the ECJ case law, national courts have rejected any consumer requests to obtain judicial protection against abusive practices of the sellers or suppliers. The Communication from the European Commission contains the benchmarks according to which it can be determined whether a person has the quality of consumer, respectively of seller or supplier and which are the contracts covered by the scope of the Directive. Also, it is found that the practice of the national courts, to reject the consumer's demands, referring to the principle of nominalism is manifestly contrary to the case law of the ECJ. Within the Communication of the European Commission, all the ECJ's case law is presented, establishing binding principles for the national courts, regarding legal issues specific to the Directive on unfair terms: defining the object of the contract, analyzing, ex officio, the abusive nature of the unfair terms, the consequences of qualifying a term as unfair, transparency requirements and the general test for assessing abusive character, respectively procedural issues regarding unfair terms.