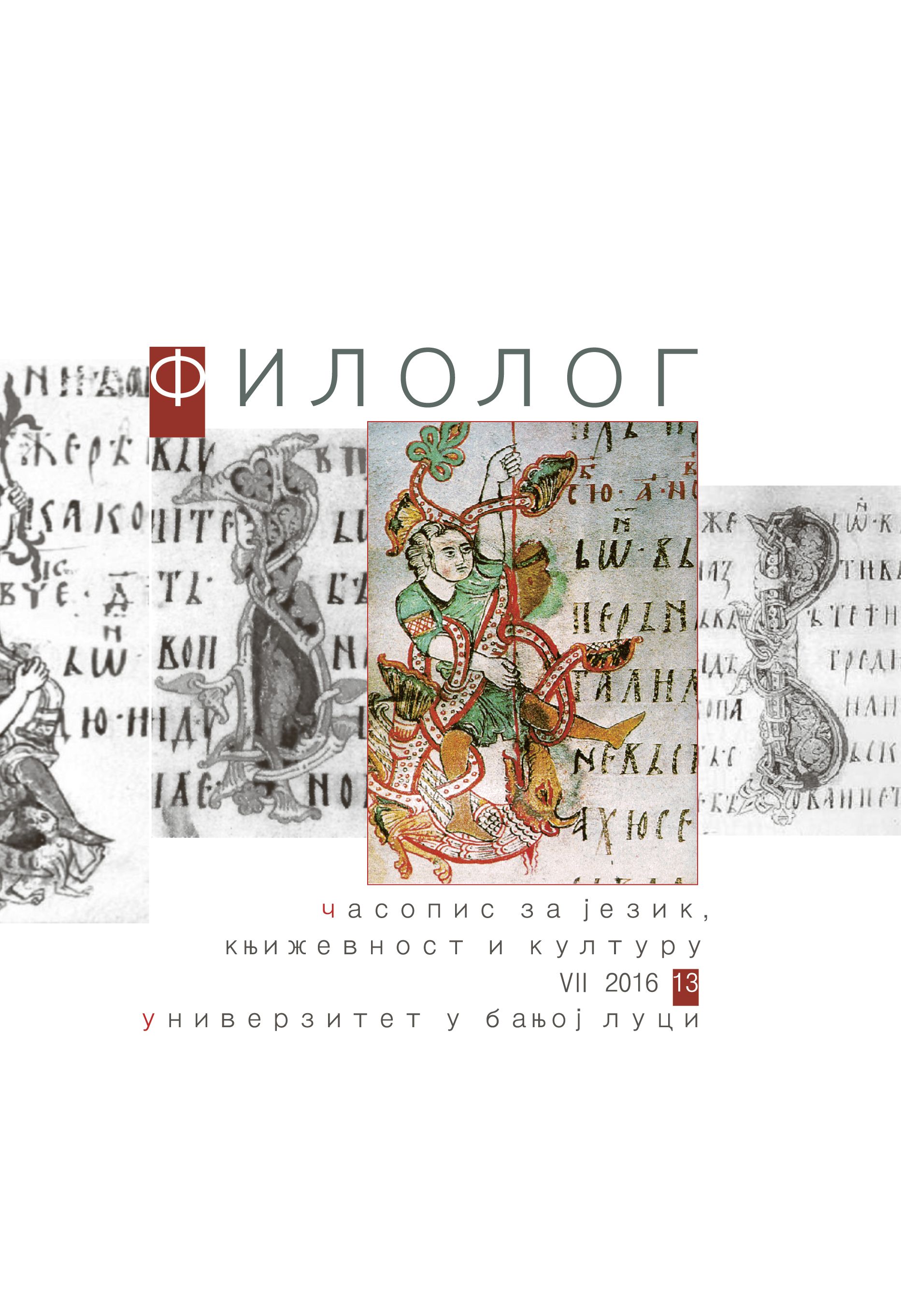 Summary/Abstract: The subject of our research is the mutual relationship of the author’s and other people’s speech in the novel Wings of S. Krakov. In the cinematic narration of this novel we noted that, in addition to the author’s speech, direct speech often comes as a confirmation or an illustration of the author’s speech. With the speech of someone else, we have what Bakhtin called commenting and replicating the author’s context. In the examples we have shown, the author’s speech, which is rich with expressive elements in the novel Wings, is not followed by a colon but a full stop, so the direct speech comes as a confirmation of the truthfulness of the author’s speech. This is about two separate independent syntactic units, and some kind of a modification of direct speech. Bakhtin would say that in this connection of other people’s speech and the author’s context, the author equates himself with the hero, and speeches enter into mutual entanglement. The most numerous (author’s) speeches are those in which a speech verb is omitted or we find nouns that have a speech component, as well as the expressive verbs of speaking. It seems to us that this method is a feature of a modern literary style that is characterised by fragmentation, partitioning - everything that reminds you of war turmoil and the fact that this novel was conceived at the front.