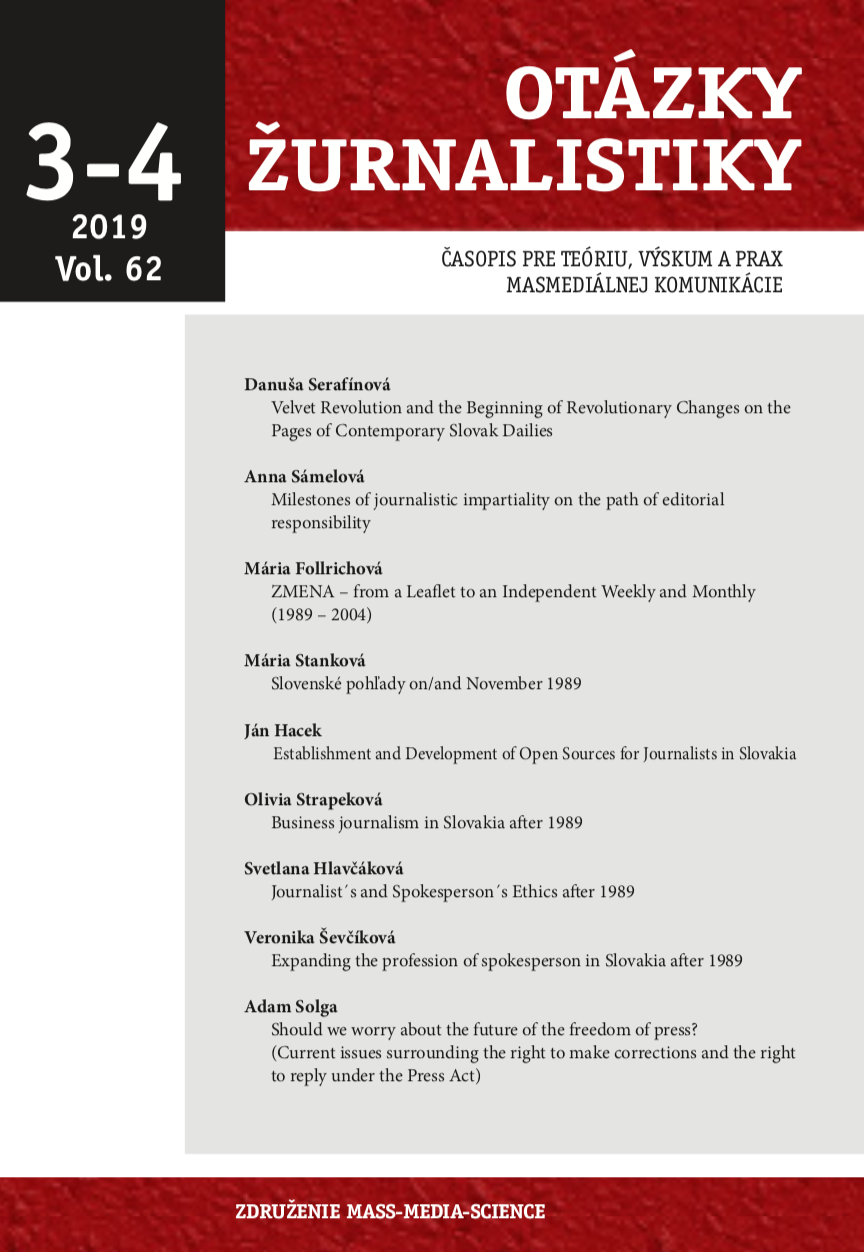 Summary/Abstract: Abstract: After 1989, the press secretary working in the conditions of the Czechoslovak Socialist Republic and censorship found himself in an environment of democracy and market economy. The unified nationwide media policy was replaced by commercial objectives, and censorship was replaced by new media laws and media and journalistic ethics, public relations ethics, media relations ethics and spokespersons ethics. The codes of ethical professional conduct are of a recommending but also binding nature. They are based on general human morality and their basic principles are: respect for human rights, public interest, respect for truth, honesty, objectivity, avoidance of conflicts of interest and others. Codes of ethics define the responsibilities but also the rights of a professional group - media creators, journalists, PR workers and spokespersons.