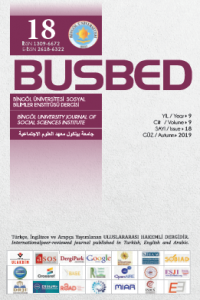 Summary/Abstract: History of Turkish democracy has evolved with the influence of historical experiences. These have led to a fluctuating course of democracy. This course is sometimes seen as a wave that protects and strengthens democratic acceleration and sometimes as an inverse wave, which interferes with democratic conditions. In this context, elections for the abolition of political bans in the 1987 referendum and the elections that occurred free from the shadow of military rule are democratic waves, whereas 1980 military coup, and 28 February e-memorandum are remarkable as the inverse waves. The political process of Turkish democracy has different and similar country-wide and province-based outputs. With this perspective, regarding the local elections and referendums between the years of1980 and 2019, Mus example on democracy has been investigated in comparison with the political climate of the period and the democratization process in Turkey.