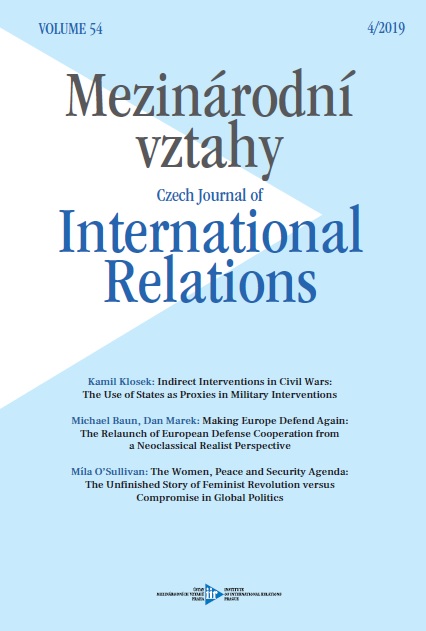 Summary/Abstract: This article examines the relaunch of European defense cooperation since 2016 from the perspective of neoclassical realism, a theoretical approach to the study of foreign policy which explores how domestic political and ideational factors shape national foreign policy responses to international systemic pressures. It argues that while Europe’s changing geostrategic and security environment has created incentives for increased defense cooperation, explaining the form and content of this cooperation requires understanding the preferences of key European states, especially France and Germany. The article focuses on two new forms of European defense cooperation: PESCO and the E21, the former inside the EU institutional framework and the latter outside of it. The article argues that these initiatives are explained by the contrast between French and German preferences on defense cooperation, which in turn reflect their divergent national security priorities but also their different strategic cultures, including their differing perspectives on European integration.