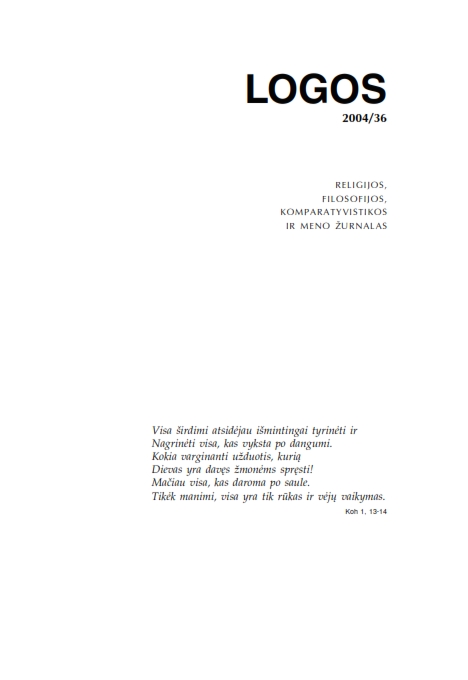 Summary/Abstract: Antanas Maceina (1908-1987) is considered to be one of the founders of Christian existentialism in Lithuanian philosophy. As revealed by the author of the article, Maceina might really have had such intentions. Yet a more detailed analysis of Maceina’s literary works (“Job’s Drama” and others) shows that he nevertheless did not quite succeed in the conceptualisation of this idea. As implied by the concept of Christian existentialism, the moral grounds of all existence should be sought not in the natural, but in the supernatural world. This is exactly the reason why no human being should feel alone or abandoned while in this world, and be sure instead to get a well-earned reward for a moral and rightful life. Yet “Job’s Drama” makes the reader doubt whether Maceina was really persuasive enough and reasoning about this idea. Moreover, the possibility of ambivalent interpretations of “Job’s Drama” raises doubts about the concept of Christian existentialism itself.