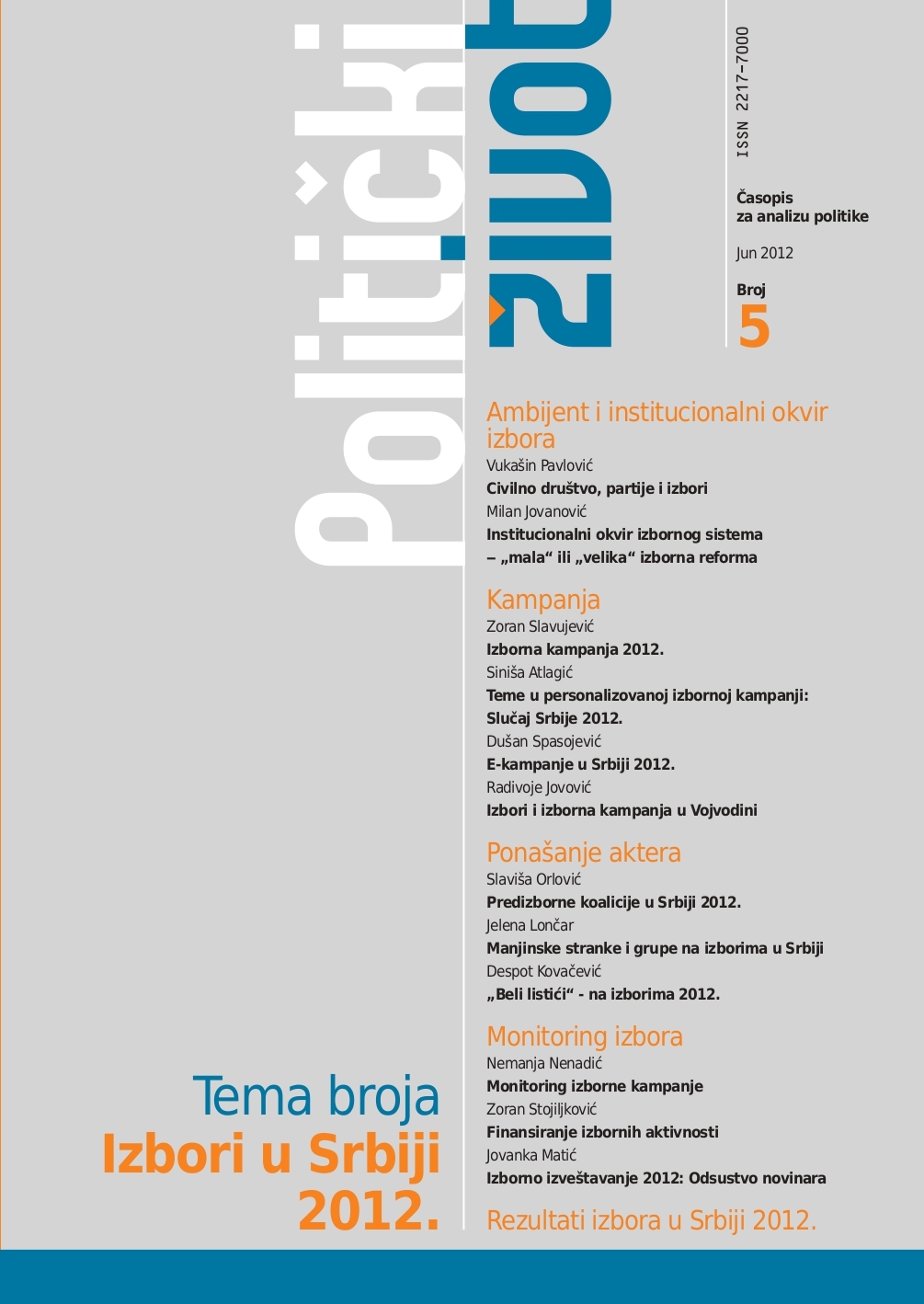 Summary/Abstract: An organized campaign of “white ballots” for the parliamentary and presidential elections in Serbia 2012th as a form of electoral abstention, had a purpose to, in the propriate way, delegitimise election bid and to encourage political actors to changes in electoral legislation. The legal framework for elections in Serbia, by their nature throw away any type of electoral abstention from the impact of the final election result of political actors, so that the number and impact of “white ballots” based on the assumption remains that can be discussed on a given topic. After elections, the estimates of the impacts of this campaign are very interesting for political analysis.