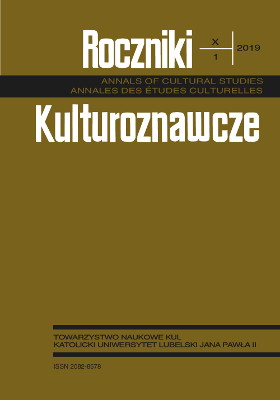 Feliksa Jarońskiego koncepcja filozofii a kultura przełomu XVIII i XIX w.
Feliks Jaroński’s Conception of Philosophy and the Culture of the Turn of the Eighteenth and Nineteenth Centuries

Summary/Abstract: This paper analyses the philosophical programme of Feliks Jaroński, a professor of the Jagiellonian University, the programme he formulated in the first two decades of the nineteenth century. This is depicted against the backdrop of the transformations in the philosophical culture of the turn of the eighteenth and nineteenth centuries, especially with regard to the impact of the Scottish philosophy of common sense, Kantianism, and traditionalism. The latter approach broke down the minimalistic and secularist tendencies of the Enlightenment. The present paper addresses the current interpretations and formulates its own position by linking Jaroński’s attainment with a long tradition of philosophia recentiorum, a trend initiated in the 1750s, but remained still an academic standard in the beginning of the nineteenth century. It is constantly modified by assimilating the changing philosophical authorities. Despite its ecclectical character, it has preserved its maximalist aspirations (while retaining metaphysics) and openness to religion, or even to Christianism. Eventually, this paper has combined it with the standards of the philosophical and scientific culture of the origins of the twenty-first century, the culture that questions the standard character of naturalism founded on the ideal of scientific philosophy narrowly understood.